In a widely expected move, the U.S. Supreme Court just agreed to settle a dispute about whether employers can use mandatory class action waivers with their workers. The decision, which should be issued by June 2017, will provide clarity to a topic that has become increasingly muddled over the past year. Employers will spend the next several months with their fingers crossed hoping the decision falls in their favor.

Background: What Are Mandatory Class Waivers?

Agreements requiring employees to submit workplace claims to an arbitrator instead of a court have become increasingly commonplace in today’s workplaces. These agreements are a favored tactic of the modern employer, lowering the cost of litigation and introducing some much-welcomed efficiency to the resolution of workplace disputes. Due to a recent series of victories at the Supreme Court over the past six years heralding the “liberal federal policy favoring arbitration agreements,” the use of mandatory arbitration agreements has become safer and less apt to be challenged in court.

Although that decision, and the NLRB’s reasoning, was rejected by a federal court and is therefore not considered “good law,” that has not stopped the NLRB from continuing to attack class and collective action waivers whenever possible. In the intervening years, the Board has issued several additional rulings striking down class and collective action waivers, without regard for whether reviewing circuit courts upheld those decisions. Until recently, the NLRB’s position had not found much traction in the courts.

Between 2013 and May 2016, three circuit courts ruled on this exact issue and determined that the NLRA does not prohibit class and collective action waivers:

But the level of comfort that employers enjoyed on the subject was shaken in 2016 by a pair of federal appeals courts decisions. On May 26, 2016, the 7th Circuit (covering Illinois, Indiana, and Wisconsin), in Lewis v. Epic Systems Corp., became the first appeals court to strike down class and collective action waivers. The 7th Circuit adopted the NLRB’s position that class and collective action waivers violate Section 7 of the NLRA, opining that there is nothing quite so “concerted” as a piece of class or collective action litigation, where employees band together to collectively assert a legal challenge to a workplace practice.

Then, on August 22, 2016, the 9th Circuit (covering California, Washington, Arizona, Nevada, Oregon, Hawaii, Idaho, Montana, and Alaska), in Morris v. Ernst & Young, LLP, joined the 7th Circuit and became the second circuit court to strike down class and collective action waivers. This was perhaps the most bruising loss for employers to date, not only because the 9th Circuit covers such a large area of the country, but because the ruling demonstrated that the 7th Circuit’s Epic Systems decision was not an anomaly.

SCOTUS Steps In To Resolve Conflict

On Friday, January 13, the Supreme Court (SCOTUS) agreed to resolve the conflict between the circuits. It accepted three of the cases for review: the 5th Circuit’s Murphy Oil case, the 7th Circuit’s Epic Systems case, and the 9th Circuit’s Ernst & Young case. The cases will be consolidated for purposes of oral argument (not yet scheduled) and final written opinion, and we can expect a final decision by late June 2017.

What’s Next For Employers?

Given the clear circuit split among the federal appeals courts and the significance of the topic, most Court observers were not surprised that the Supreme Court took up this dispute. How the case will be decided is anyone’s guess, however, given the fact that the SCOTUS still sits in a state of uncertainty with a balance of four mostly employee-friendly justices and four mostly business-friendly justices. Whether President-elect Trump’s soon-to-be-announced choice to occupy the vacant ninth chair on the Supreme Court bench will be confirmed by the Senate in time to participate and weigh in on this decision remains to be seen.

Until then, it could be a crucial distinction that the arbitration agreement in the Ernst & Young case was mandatory, required to be signed by employees as a condition of their employment. The 9th Circuit’s conclusion states that “an employer may not condition employment on the requirement sign such a contract.” The court also cited favorably to a 2014 9th Circuit ruling (Johnmohammadi v. Bloomingdale’s, Inc.) where no NLRA violation was found given the fact that the employee had the right to opt out of the arbitration agreement and pursue class action litigation in court. Therefore, it appears that implementing non-mandatory agreements, or ones that include opt-out provisions, could be a way to avoid the same fate as the employer in that case.

It is possible that the Supreme Court could “punt” these cases and send them back to lower courts for further proceedings, and it is also possible that a 4-4 tie will result in the status quo remaining in effect. If either of those outcomes comes to fruition, multistate employers operating across different judicial jurisdictions might be required to continue using specific policies and practices for each location given the patchwork of differing standards across the country. However, there stands a very good chance that we will have finality on this subject before the Supreme Court concludes its 2016-2017 term – which could either provide a measure of welcome relief for employers, or could spell further trouble.

Securing Your Next Big Meeting or Conference: 5 Tips on Event & Site Security July 23, 2013
Is There an Intern in Your Future? September 12, 2013
Avoiding Pitfalls with Unpaid Internships September 24, 2013 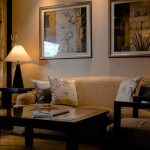 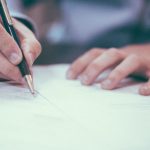