“Disruption” has become the buzzword of the decade for technology startups. Entrepreneurs take aim at existing markets every day with ideas designed to uproot and redefine their industries. But some of the most innovative disrupters are having trouble bringing their ideas to a place where disruption is generally unwelcome: the airport.

Car sharing services such as Zipcar, Car2Go, and Getaround and ride-sharing services such as UberX, Lyft, and Zimride are changing the game in ground transportation. By using smartphone apps to connect drivers who have open seats in their vehicles with passengers who need rides, the ride-sharing movement is reducing traffic and fuel usage. Similarly, by planting a network of available cars throughout a city and allowing consumers to access the vehicles for a fee, car sharing makes it more practical for consumers to forego vehicle ownership altogether. In 2014 alone, these companies have amassed hundreds of millions of dollars in venture capital financing. Many consumers prefer these services to taxi cabs or other traditional methods of ground transportation because they are more convenient, affordable, and in some cases more environmentally friendly. As with taxi cabs, airports are natural hubs of activity for car sharing and ride sharing services.

Notwithstanding the rising tidal wave of demand, most airports have yet to develop a workable approach to the unique legal and logistical challenges presented by car sharing and ride sharing services. Instead, airports are prohibiting these companies from picking up or dropping off passengers at their terminals. At a recent conference of in-house airport lawyers, several representatives from some of North America’s largest aviation hubs expressed serious concerns about these services. One attendee suggested setting up “stings” by using the popular ride sharing apps to order rides from the airport and arresting the drivers for lack of taxi cab certification when they arrive.

However, non-airport regulators are beginning to appreciate that ride sharing services are not cab companies and should not be subject to the same regulations. In September of 2013, California became the first state to provide a regulatory framework for Transportation Network Companies (“TNCs”), defined by the California Public Utilities Commission (“CPUC”) as any organization that “provides prearranged transportation services for compensation using an online-enabled application (app) or platform to connect passengers with drivers using their personal vehicles.” (See CPUC Decision 13-09-045.) The Illinois House of Representatives followed suit last week when it passed HB 4075, which seeks to implement a set of regulations specific to ride sharing services.

With mounting political and consumer support for car sharing and ride sharing, airports are under increased pressure to adopt policies regulating these services instead of prohibiting them. Developing practical, sustainable policies that address issues such as airport congestion, service monitoring, and revenue sharing may prove to be a more profitable and efficient solution than denying airport access to car sharing and ride sharing companies.

Technological solutions such as geofencing may solve many of the problems related to airport regulation of TNCs because car sharing and ride sharing companies typically connect with consumers through smartphones. Geofencing would allow airports to set up a virtual perimeter around the airport that would trigger a notification (and corresponding fee payment) every time a TNC driver arrives at the airport to pick up or drop off a passenger. Additionally, airports could coordinate with car sharing companies to designate paid parking areas for vehicles within the car sharing network. By tapping into the technological platforms TNCs have already developed, airports would have the benefit of adding streamlined sources of revenue without the burden of developing their own monitoring and networking solutions.

There is another reason why airports may want to take advantage of such innovative solutions rather than “killing the cow.” The fact that airports are predominantly government entities means legal pressures could also play a significant role in the efforts by car sharing and ride sharing companies to break into the airport market. Unlike private actors, government entities like airports owe constitutional rights to businesses. Airports that maintain outright bans on car sharing and ride sharing services may face challenges under the Dormant Commerce Clause and the Equal Protection Clause of the Fourteenth Amendment, among other sources of law. The federal statute 42 U.S.C. § 1983 provides litigants with a private right of action for damages resulting from a deprivation of federal constitutional or statutory rights.

Thus, airports may profit by shifting focus away from how to exclude car sharing and ride sharing services and towards how to include and regulate these companies.

Originally published on Monday, 23 June 2014
629 views at time of republishing 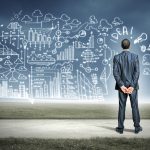 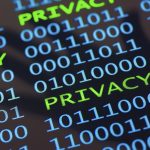