Not a week goes by without us publishing something here at HBR about the value of data in business. Big data, small data, internal, external, experimental, observational — everywhere we look, information is being captured, quantified, and used to make business decisions.

Not everyone needs to become a quant. But it is worth brushing up on the basics of quantitative analysis, so as to understand and improve the use of data in your business. We’ve created a reading list of the best HBR articles on the subject to get you started.

Companies are vacuuming up data to make better decisions about everything from product development and advertising to hiring. In their 2012 feature on big data, Andrew McAfee and Erik Brynjolfsson describe the opportunity and report that “companies in the top third of their industry in the use of data-driven decision making were, on average, 5% more productive and 6% more profitable than their competitors” even after accounting for several confounding factors.This shouldn’t come as a surprise, argues McAfee in a pair of recent posts. Data and algorithms have a tendency to out perform human intuition in a wide variety of circumstances.

“There is a difference between numbers and numbers that matter,” write Jeff Bladt and Bob Filbin in a post from last year. One of the most important steps in beginning to make decisions with data is to pick the right metrics. Good metrics “are consistent, cheap, and quick to collect.” But most importantly, they must capture something your business cares about.

The Difference Between Analytics and Experiments

Data can come from all manner of sources, including customer surveys, business intelligence software, and third party research. One of the most important distinctions to make is between analytics and experiments. The former provides data on what is happening in a business, the latter actively tests out different approaches with different consumer or employee segments and measures the difference in response. For more on what analytics can be used for, read Thomas Davenport’s 2013 HBR article Analytics 3.0. For more on running successful experiments, try these two articles. Ask the right questions of dataThough statistical analysis will be left to quantitative analysts, managers have a critical role to play in the beginning and end of the process, framing the question and analyzing the results. In the 2013 article Keep Up with Your Quants, Thomas Davenport lists six questions that managers should ask to push back on their analysts’ conclusions:

The article offers a primer on how to frame data questions as well. For a shorter walk-through on how to think like a data scientist, try this post on applying very basic statistical reasoning to the everyday example of meetings.

The phrase “correlation is not causation” is commonplace, but figuring out just what it implies in the business context isn’t so easy. When is it reasonable to act on the basis of a correlation discovered in a company’s data? In this post,Thomas Redman examines causal reasoning in the context of his own diet, to give a sense of how cause-and-effect works. And BCG’s David Ritter offers a framework for deciding when correlation is enough to act on here: The more frequent the correlation, and the lower the risk of being wrong, the more it makes sense to act based on that correlation.

Know the Basics of Data Visualization

Rule #1: No more crap circles. To decide how to best display your data, ask these five questions. Make sure to browse some of the best infographics of all time. And before you present your data to the board, consult this series on persuading with data.(Don’t forget to tell a good story.)

A couple of years ago, Davenport declared in HBR that data scientists have the sexiest job of the 21st century. His advice to the rest of us? If you don’t have a passing understanding of introductory statistics, it might be worth a refresher. That doesn’t have to mean going back to school, as Nate Silver advises in an interview with HBR. “The best training is almost always going to be hands on training,” he says. “Getting your hands dirty with the data set is, I think, far and away better than spending too much time doing reading and so forth.”

Originally published on Wednesday, 28 May 2014
1505 views at time of republishing 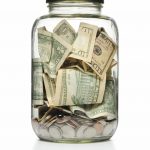 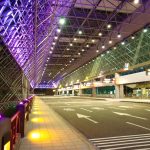