That Contractor May Be Your Employee

That Contractor May Be Your Employee

Employers tempted to outsource work to independent contractors in order to curb payroll costs should carefully consider the legal implications before doing so. Such arrangements are likely to violate the Fair Labor Standards Act (FLSA), as well as federal tax and state laws. Employers who violate the FLSA face liability for payment of back wages and overtime due, plus an equal amount as liquidated damages, and civil money penalties. Employers could also be held criminally liable and may face imprisonment for repeat offenses.

DOL considers misclassification of employees to be an issue of concern for multiple reasons. In addition to denying employees potential overtime pay, misclassification results in denying other benefits due to employees. It also poses a competitive disadvantage over other employers who comply with the FLSA and other laws requiring payment of payroll and unemployment insurance taxes and workers’ compensation premiums. States and the IRS also lose potential revenues due to misclassification.

Both federal and state governments have been intensifying efforts in recent years to identify misclassification of independent contractors.

These efforts include the DOL’s Misclassification Initiative. In September of 2011, DOL entered into a memorandum of understanding (MOU) with the IRS to share information about incidents involving misclassification of independent contractors. Additionally, DOL has entered into MOUs with fifteen state governments to share information and heighten enforcement efforts. Currently these states include California, Colorado, Connecticut, Hawaii, Illinois, Iowa, Louisiana, Maryland, Massachusetts, Minnesota, Missouri, Montana, New York, Utah, and Washington.

The results of these intensified efforts are evidenced in DOL press releases on enforcement actions.

In order to determine whether an employer has misclassified employees as independent contractors, courts look at the economic realities considering the following factors, none of which is controlling:

1. The extent to which the person’s job is an integral part of the employer’s business. If so, they are likely to be considered an employee.

4. The nature and degree of control by the “employer” over the working conditions such as hours worked, quality control, outside work, rate of pay, etc. The greater the control, the more likely an employment relationship exists.

5. The opportunity for profit and loss. If the worker is able to earn a profit by exercising greater efficiency or managerial skill, then it is more likely that they are an independent contractor. Similarly, if their working arrangement provides them with control over factors affecting their ability to make a profit or incur a loss of capital investment, then they are more likely to be deemed independent contractors.

6. The level of skill, initiative, judgment, or foresight in open market competition with others is required. The greater these factors are found to exist, the more likely there is an independent contractor relationship.

Independent contractor arrangements can arise in a variety of employment situations. In Clincy v. Galardi South Enterprises, Inc., (N.D. Ga. Sept. 7, 2011), a federal district judge in Atlanta was confronted with the issue of whether exotic dancers who worked at a strip club were independent contractors or employees. The dancers who filed claims under the FLSA alleged that they were never paid any direct wages, but instead were paid the right to perform. They each signed an independent contractor agreement and were paid by club customers. However, the dancers were required to turn over their “house fees” and had to comply with the club’s rules of contact and check-in and check-out procedures. Since the club controlled the method and manner in which plaintiffs worked, the judge concluded the dancers were employees and entitled to pay under the FLSA.

Recently in Scantland v. Jeffrey Knight, Inc., No. 12-12614 (11th Cir. July 16, 2013), the Eleventh Circuit Court of Appeals held that a communications services provider misclassified cable installers as independent contractors. The court reasoned that “Knight controlled what jobs plaintiffs did, how much they were paid, how many hours they worked, how many days they worked, their daily work schedule, whether they could work for others, whether they could earn additional income from customers, and closely monitored the quality of their work.” The workers could not bid for jobs or negotiate prices and their ability to hire and fire others was illusory.

Kathy has over 24 years of experience in employment law and litigation. She serves both individual and business clients in areas of labor &amp; employment, litigation, governmental compliance, occupational safety and health, Americans with Disabilities Act (accommodation &amp; discrimination) and healthcare regulatory compliance including Medicare audits. She particularly enjoys assisting individuals with respect to employment claims and business clients with federal and state law compliance matters, developing employee handbooks and policies to enhance their workplace effectiveness, minimize liability, and succeed in their business. 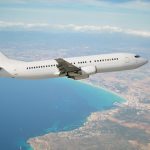 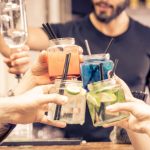