The TSA Debacle Can Be Solved, But Cooperation is Required

The TSA Debacle Can Be Solved, But Cooperation is Required

Airlines, Operating Authorities and Passengers Need to Help Out

The Transporation Security Administration (TSA) is once again under fire. This time, it is not for potentially dangerous security lapses or employee misconduct. It is taking the blame for tortuous airport security lines, some of which extend out to sidewalks in front of terminals, causing many passengers to miss their flights. The wait times for accessing the sterile zones (gate areas) of terminals has exceeded three hours, both at Chicago’s two airports and at others nationwide. The long, frustrating wait has caused nerves to fray and airlines to demand improvements in TSA operations.

But TSA is not the only one bearing repsonsibility for the debacle. Certainly, the trimming of agency staff from 45,000 to 42,000 has contributed to the problem, as is the low pay and the fact that screeners are often confronted by frustrated and downright rude passengers. “TSA has (also) made bad assumptions about the level of personnel resources necessary to process 2 million people that come through a day”, said Tom Blank to CNBC recently. Mr. Blank served as the agency’s number two official and is considered one of the “founding fathers” of the TSA.

That is on TSA and its parent agency, the Department of Homeland Security, to fix. But other key players either refuse to recognize their role in creating the intolerable wait or downplay its importance.

Perhaps the single biggest factor contributing to long wait times is the airline policy, adopted gradually over the past decade, of charging for checked luggage. Non-premium passengers pay anywhere from $20 to $30 for a checked article and the rate often increases if a passenger seeks to check two. The trend may have started in the US, but European airlines and others have followed suit. Ever wonder why those overhead bins fill up before most passengers have boarded the aircraft? Thank the airlines and their fees. Passengers cram ever more of their belongings into overstuffed carry-ons and push the limit on both the size and number of articles they can take into the cabin.

Local airport authorities need to do their part as well. They can demand that airlines operate in and out of their facilities according to a staggered schedule, rather than cram more flights into popular timeframes, such as early morning or late afternoon during week days. This would reduce passenger volume. They can be the first line of screening as well, directing passengers to check a bag at the airline’s desk if an attempt is made to head into the security line with too many articles or with oversized gear. Passengers too must realize that by limiting what they pack and bring as luggage to the airport they will be speeded along.

But the buck stops with TSA. The agency is already adopting more intelligence-focused passenger screening and increasing the number of new hires. Both measures take training and quite some time to put into place. The increasing use of explosives-detecting K-9s is a big step in the right direction. The dogs can detect up to 20,000 chemical compounds and mixtures that can be volatile on board a plane. But the animals also require up to a year of training, together with a handler and come at a hefty price.

Finally, Congress can allocate sufficient operating funds to the agency and authorize additional money to increase staffing levels if it wants to do its part in quelling public outrage. The agency can also be mandated by DHS to not divert airport-trained personnel to other high profile events, such as national political party conventions or the Superbowl. Although those events do in fact require participation of myriad federal agencies, a core group of TSA personnel free of airport responsibilities can be trained and used specifically for that purpose. A reduction in the TSA PreCheck fee, currently $85, would encourage more passengers to sign up for this expedited, risk-based, pre-flight screening protocol.

What is risk-based screening as opposed to general screening? That discussion will be covered in an upcoming e-newsletter but at its core, the former functions by focusing screening efforts on those deemed to represent more of a potential threat, based on prior history, travels, associations and other factors.

So there is a long stretch to go but it seems the agency has got the word that reform is required. It has a tough but vital job to do and it deserves our respect and cooperation.

Like this article? Send us your throughts at info@securitystrategiestoday.com or go to the Blog page of our website.

Security Strategies Today provides on site threat and vulnerability assessments, as well as training in crisis management and business continuity. 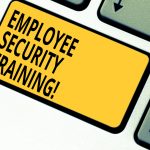 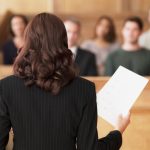