Travel Most Often Reports To Finance Or Procurement

Travel Most Often Reports To Finance Or Procurement

More than half of travel managers recently surveyed said they report to finance or procurement.

Corporations have long struggled with the ideal reporting structure for the travel management function. Over the past decade, increasing numbers of travel managers saw their titles change to “buyers” as they reported to procurement, or increasingly, finance. In the latest AirPlus The Wire survey of 153 travel managers/ buyers in North America, more than half of respondents said they now report to procurement (28 percent) or finance (26 percent). While more than one-quarter of respondents continued to report to administration, less than 10 percent said they reported to shared services and just five percent to human resources, often where travel management began.

In the early days of travel management, the function typically resided in human resources due to the policies, training and employee interactions involved. As travel budgets grew, so too did concerns about costs and the best way to manage them. Consequently, finance, procurement, and executive offices took on direct oversight for travel, according to 76 percent of 294 travel buyer respondents to Travel Procurement magazine’s “The Buyer” survey conducted in 2010.

Where Should Travel Function Report?

Where should travel management report to be most effective? Finance, the chief financial officer, procurement or shared services were the top choices of respondents in the August Wire survey. However, a few respondents noted that “there is no one right answer,” as the decisions are organization dependent. More than 70 percent of respondents said their organizations hadn’t considered or changed the reporting structure for travel, expense or meetings in the past two years, while 30 percent of respondents cited such changes. For several, the function has been musical chairs as travel “moved from finance to technology and back to finance,” from finance to administration or ops to procurement, and expenses moved from administration to finance. For others, the new reporting structure appeared to be more about strategic alignment from a global consolidation of the travel program, corporate restructure or “development of a global travel department with a global vice president reporting to a board of management.” One respondent said his/her organization regularly discusses “the best fit for their program.”

Asked to detail the benefits of their current reporting structure, one who reports to treasury and finance noted the fact that the areas had the “most visibility into what and how much money is being spent” while another emphasized the biweekly access to the CFO and CEO.

As for the drawbacks in reporting to procurement, respondents noted the “procurement practices are not always feasible when sourcing travel-related products and services,” fact that “performance metrics for business travel suppliers are measured so differently from other procurement categories,” and that the priorities are “disconnected from traveler needs.” As for other drawbacks to their current reporting structure, respondents cited an overall lack of knowledge, time and management support for their initiatives while one said simply, “No one really knows what corporate travel does.” One went so far as to cite a “crushing focus on savings, encouraging unethical behavior.” Several respondents expressed frustration with the focus on cost savings and not enough focus on the traveler, duty of care or service.

Travel managers today often cite the growing importance of their budget-line managers and even travelers, who increasingly appear to be influencing decisions on policies, preferred suppliers, technologies and processes. But respondents were clear that management continued to have the most influence on their initiatives and also were most critical to their efforts to advance the travel program and policies, according to more than 60 percent of respondents. 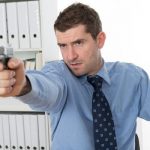 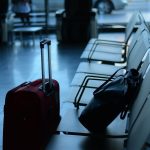