On November 16, 2015, Marriott International announced its $12.2 billion acquisition of Starwood Hotels and Resorts Worldwide. The deal is the largest acquisition in the hospitality industry since Blackstone Group bought Hilton Hotels & Resorts for $26 billion in 2007.

If the deal goes through (as is expected in mid-2016), the combined company will emerge as the largest hotel company in the world, encompassing 30 hotel brands, 5,500 hotels under management, and 1.1 million hotel rooms worldwide.

According to Fitch Ratings, this acquisition marks the beginning of a possible increase in M&A activity in the hospitality sector. This Article briefly explores this trend and its potential implications on the industry, including the impact on owners, franchisees and hotel developers.

The predicted rise in hotel consolidations is largely attributed to the sector’s evolving landscape. In addition to expected competition among the established industry players, large hotel chains are increasingly facing competition from popular new alternative lodging arrangements such as Airbnb and other companies that focus on short-term rentals. Experts explain that scale is particularly important in the hospitality industry, with the most profitable companies being those with the most rooms in the most locations.

The rapid growth and success of Airbnb has seemingly also had an effect on companies ancillary to the hotel industry, such as travel websites, as evidenced by Expedia’s recently announced takeover of Orbitz Worldwide, Travelocity, and HomeAway (a site that allows owners to rent out their homes for longer stays).

Many experts believe that the sheer size and breadth of the Marriott holdings following the acquisition could prompt other hotel companies to join forces with smaller operators to avoid being outpaced in the market. This transaction will likely cause other companies to consider mergers when they had not considered them an option previously.

Fitch Ratings also suggests that REIT privatizations will play a large role in upcoming hospitality acquisitions because of better access to low cost debt. This prediction comes largely in response to Blackstone’s announcement in September that it had finalized an agreement to acquire lodging REIT Strategic Hotels & Resorts in a deal worth approximately $6 billion.

While the Marriot-Starwood deal is certain to impact shareholders of both companies (in fact, it already has, with Marriott shares rising and Starwood shares falling after the announcement), the deal, and others like it, will likely also have a significant effect on hotel owners and developers.

Fewer hotel companies also means less competition. Therefore, in addition to having fewer choices, with less players in the market, owners will face a reduction in bargaining power when choosing a franchisor and negotiating a franchise agreement. This problem could affect even those owners with hotel properties in highly desirable areas.

Although this trend towards increased M&A will likely have some negative implications for the industry, this shift may also open up opportunities for new entrants into the market. As the larger brands merge and create less specialized, more uniform franchises, new, smaller hotel brands may have the opportunity to gain a market share by catering to the unique demands of owners looking to maximize value in individual locations and among new consumer classes.

Practical Law provides legal know-how that gives lawyers a better starting point.  Our expert team of attorney editors creates and maintains thousands of practical resources across all major practice areas.  We go beyond primary law and traditional legal research to allow you to practice more efficiently and improve client service.

To learn more about Practical Law, look for them at The Hospitality Law Conference 2016 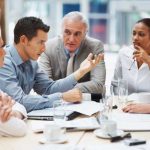 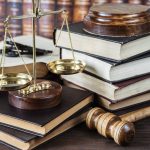