Wash Your *!&# Hands! Employers And The Flu

Wash Your *!&# Hands! Employers And The Flu

Almost 4.1 million employees missed work due to illnesses like the flu last January, which was the most since 2008.  Even worse, the four-month peak season lasted through March, so the numbers continued to add up.  Some years, absences during that four-month period ran at 3.8 million a month, for a whopping total of 15+ million absences.  Remember news outlets carrying stories in January 2013 about the City of Boston declaring a state of public-health emergency and of Chicago hospitals having to send flu patients to other hospitals?

This extraordinary cost demands that employers take action now before the worst of the “season,” including:

The human resources challenges are accompanied by legal risks as employers respond to sick employees, mandate flu vaccinations, and seek to maintain a safe workplace.  Employment law issues include performing a risk assessment to justify any vaccination demands, or other safety and personnel actions, as well as engaging in an individual analysis of employee refusals to take vaccinations due to religious or ADA concerns.

What About Flu Shots?

Every public-health authority vigorously encourages employers to support efforts at flu vaccinations for employees.  Unfortunately, some employees do not want to take vaccines and a variety of groups vocally oppose vaccinations.  As an example, healthcare employers often make flu shots mandatory and have had success in requiring employees to take flu vaccinations as a term of employment.

In January 2013, the Healthcare Division of the Service Employees International Union (SEIU) passed a resolution opposing mandatory vaccinations and arguing for only “voluntary” vaccinations, as well as mandatory education programs.  The SEIU subsequently filed and withdrew a suit challenging Rhode Island’s regulation requiring mandatory vaccinations for healthcare workers.  Employers should prepare for “push back,” and monitor legal developments if they decide to require flu shots.

In determining whether an employer may mandate flu vaccinations, OSHA, the EEOC, and other agencies heavily rely on CDC positions, whether the issue is vaccination or response to employees with infectious diseases.  A 2009 OSHA Interpretation Letter largely deferred to healthcare employers’ risk assessment following CDC guidance.  The nature of the workplace and employee duties should be evaluated in a risk assessment.

Some workplaces may have more problems than others in justifying a mandatory requirement.  Similarly, consider each position and why you “objectively” consider vaccination to be essential. But you must still at least consider the reasons for an employee objection and whether any accommodation may be feasible in the face of health or religious objections.

The EEOC position is that the employer must engage in an individual interactive process in response to religious or health-based (ADA) objections, and objectively consider whether there is a “direct threat” in taking the vaccine.  The employer must consider “accommodation” options.  The challenge is most likely because of alleged religious reasons.  The EEOC explained how it would analyze employers’ obligation to accommodate religious objection in a March 5, 2012, informal discussion letter.

The EEOC and the courts do not require all that much to establish a sincerely held religious belief.  In one decision, a federal court allowed a former children’s hospital worker to proceed with her religious discrimination claim that she objected to the flu vaccination because she was a Vegan.

A unionized employer must also adhere to its collective bargaining agreement and may have a duty to bargain about flu prevention policies.  In Virginia Mason Hospital, the NLRB held that the employer could unilaterally implement a flu-prevention policy because the union agreed to a broad management-rights clause in the collective bargaining agreement.  The contract will determine whether the employer can unilaterally mandate vaccinations, and mandatory flu vaccination is an inflammatory labor issue. 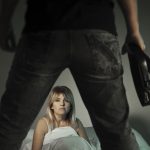 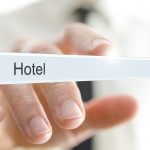