Don’t Fake It to Make It: Prosecutors Crack Down on Business Fake Online Reviews

Don’t Fake It to Make It: Prosecutors Crack Down on Business Fake Online Reviews

Hunting for a top-rated hotel or searching for the perfect dim sum restaurant? Chances are you will turn to sites such as Yelp, Citysearch, or TripAdvisor to guide you through the mass of options most locations have to offer. As the Huffington Post recently noted, “In an increasingly tech-reliant world, most of us do not step foot in a restaurant or buy anything online without doing at least a modicum of Internet research.”

Hoteliers and restaurateurs have long known that positive online reviews equal greater occupancy rates, increased bookings, and greater revenue for their businesses: An influential 2011 Harvard Business School (HBS) study found that “a one-star rating increase on Yelp translated to an increase of 5% to 9% in revenue” for restaurants, while researchers at Cornell found that a one-star swing in a hotel’s online ratings on travel sites equate to a 11% sway in room rates.

So how trust-worthy are those 4-star online reviews? Turns out, unsurprisingly, caveat emptor.

While businesses may think that asking clients or friends to post positive reviews online is simply the cost of doing business in the internet age, the law says otherwise. Regulators are catching on to businesses that artificially inflate their online reputations and are seizing the opportunity to bust companies that hire or solicit positive “fake” reviews. Recently, the New York Attorney General’s office announced it had reached agreements with 19 companies to cease their misleading practices of posting fake reviews online. To the tune of $350,000 in penalties. This was after New York Attorney General, Eric T. Schneiderman, conducted a year-long investigation into consumer-review sites, finding that New York businesses had bribed clients to write fake reviews in exchange for gift certificates, hired overseas bloggers to post positive reviews, or took to the message boards themselves to defend their “false advertising” practices. Schneiderman calls this practice of disseminating a false or deceptive review that a reasonable consumer would believe to be a neutral, third-party review is a form of false advertising called “Astroturfing.” And Schneiderman suggests that prosecutors should step up and help put an end to the practice.

In addition, review sites are fighting back in an effort to protect their reputation. Yelp, for example, has a page dedicated to explaining its policy of outing false reviews by using sophisticated software to weed out spammers. Yelp has even sued a California law firm for posting bogus reviews.

The end game is that by producing fake online reviews, businesses may not only violate state laws prohibiting false advertising and illegal and deceptive business practices, but they may also incur significant penalties and their reputation may be irreparably harmed. (Schneiderman listed the names of all of the business online who were involved in the New York sting operation.)

If you are a hotel or restaurant owner, resist the urge to spruce up your online reputation by solicitation of—or by penning your own!—positive reviews, no matter how benign you think the practice may be. And if you are a consumer, remember: not everything you read on the internet is true. 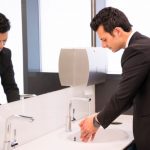 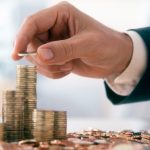