The enforceability of employee restrictions on competition has traditionally been up the states, with some, like California, largely banning such agreements, while others, like Texas, allowing them with reasonable limitations. On Tuesday, October 25, the White House took the unprecedented step of calling on state legislatures to ban non-competes […]. A news report on the White House announcement can be found here.

Although the Obama administration’s effort will be largely symbolic, and have no legal effect, it is important as it may be the first in a series of steps to apply pressure to states or employers that allow restrictions on employee competition…

David L. Barron is a member in the Cozen O'Connor - Houston office, focusing his litigation practice on labor and employment law. David joined the firm in 2011. David assists his clients with all their labor and employment needs including representing clients at trials involving wrongful termination, discrimination, harassment, collective action overtime claims and whistle-blower suits, before a variety of state and federal courts. He counsels clients on labor negotiations, elections, strikes, and corporate campaigns by unions; litigates disputes before the National Labor Relations Board, Equal Employment Opportunity Commission, and Department of Labor; and advises management on various employment issues, including wage and hour, federal contractor compliance, employee terminations, discrimination and harassment claims, drafting and enforcement of noncompete agreements, Sarbanes Oxley, and OSHA matters. David has been quoted on employment law topics by the Houston Business Journal, The Houston Chronicle, Texas Lawyer, MSNBC.com, ABC.com and numerous other newspapers and magazines. He also has appeared as an employment law professional on talk radio and the local CBS and Fox affiliates in Houston. David is board certified in Labor and Employment law and has been named a Texas Super Lawyer Rising Star in Texas Monthly magazine. David attended the University of Houston, where he received his Bachelor of Arts in 1994. He then earned his J.D. from the University of Houston Law Center in 1996. 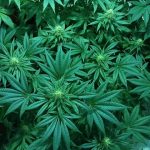 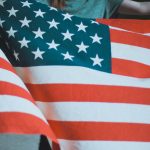