By JULIE CRESWELL and DAVID SEGAL

Early in her pregnancy, Whitney Peak traveled to Rio de Janeiro for her job with Leblon Cachaça, a liquor company based in Brazil. That was in October, before much was known about Zika, a mosquito-borne virus that has spread through South America and that scientists say may be linked to a birth defect and brain damage in babies.

She was scheduled to return to Rio in late January for some Olympics-related marketing projects. But after consulting with colleagues, she canceled the second visit — and now regrets the first.

“It is very scary to know I could have unknowingly put my child at risk,” said Ms. Peak, who is still pregnant. “When the time came for the planned trip, I don’t think there was any question that the risk for me to go was too high.”

With reports of Zika infections on the rise, employees and management at a variety of corporations are grappling with how to handle jobs and projects in affected regions.

The virus has created widespread anxiety in countries in the Caribbean and Latin and South America, home to thousands of foreign workers. As the scientific community tries to learn more about Zika — which appears to be linked to microcephaly, which causes babies to be born with unusually small heads — companies are trying to establish policies that juggle both personal privacy and potential health hazards.

With much about Zika unknown, many companies are taking a safety-first approach.

Since mid-January, Delta Air Lines has offered the option for any pilot or flight attendant to swap out a scheduled trip if traveling to areas flagged by the Centers for Disease Control and Prevention. In an email, a spokesman for the airline said that to date, a small number of crew members have swapped trips.

Kimberly-Clark, the maker of paper products based in Irving, Tex., is educating its 16,000 employees in affected regions with information about how to protect against the virus — from what type of clothing to wear to the benefits of insect repellent.

“We quickly issued travel advisories, trying to ensure that any travel to the region is for critical business and not a normal run-of-the-mill kind of business meeting,” said Bob Brand, a spokesman for Kimberly-Clark. “We’ve always had pretty extensive pest control measures in place because we operate in countries that have always seen a number of mosquito-borne diseases, but we are stepping up our pest-control measures to make our operations as safe as possible.”

The United States Department of Defense is offering to relocate any pregnant family members of active-duty or civilian military personnel assigned to areas affected by the Zika virus transmission. And on Feb. 4, The New York Times sent an email to employees about Zika, saying that they did not have to accept any assignment that made them feel “uncomfortable about their own well-being” and that they did not need to tell their managers why they were opting out of any assignments.

Corporate medical officers are conferring with people like David O. Freedman, a professor of medicine and epidemiology and founder of the Travelers Health Clinic at the University of Alabama at Birmingham. He said that because worries about the Zika virus are enmeshed with family planning issues, setting guidelines about it is tricky.

“There are all sorts of legal implications and legal restrictions,” he said. “Do you even hint at advising your female employees not to get pregnant for the next two years, while posted in Brazil?”

And what if a company evacuates its female employees, or urges them to leave a country, he asked. What message does it send if that company also has employees who are native to the country, people who presumably don’t have the same option? The possibility that the virus can be transmitted sexually presents another drawback and may give pause to men who want to have children.

Few companies will speak openly about their Zika policy. A number of multinationals with significant operations in Latin or South America either did not return calls or offered carefully worded statements about “closely monitoring” the situation.

The region is popular with cruise lines and conferences, but Carnival Corporation said it has had only a “few cancellations” on its cruise ships, noting that pregnant women who wish to cancel will be provided alternate itinerary options or can reschedule their voyage for a later date. Four Boston public schools canceled field trips to the Dominican Republic,Ecuador and Nicaragua. A conference in Puerto Rico planned for September — the country’s convention bureau could not recall which one — is being moved to the next spring.

In the region, concern has not yielded to panic. The level of alarm in cities like Rio, in fact, seems lower than in the United States. The national and local news media in Brazil are reporting findings by organizations like the World Health Organization, which called Zika a global health emergency. But Brazilians have dealt with mosquito-borne viruses for a long time, and some of the viruses, like dengue fever, are more feared because they have affected far more people.

Notes of skepticism, or at least pleas for reactions commensurate with the threat, have become part of the newspaper coverage. On Feb. 4, El País, a Spanish newspaper with a Brazilian edition, published a story online with the headline “Is the risk of Zika exaggerated?” The subhead stated, in part, “Lack of scientific knowledge of the virus and its effects on babies inflates number of possible cases.”

One person who is not changing her itinerary is Anna Holzer, a 32-year-old doctor from Polk City, Iowa. In early February, she traveled to the Dominican Republic for medical seminars by the Iowa Academy of Family Physicians. To be sure she knew the risks, she called up Iowa’s state epidemiologist to discuss precautions.

“We just don’t know much about the virus, how it works, the microcephaly connection,” said Dr. Holzer, who noted that some of her patients had asked whether they should travel to affected regions.

“Women who are pregnant shouldn’t be going. And women who are planning to become pregnant should probably wait a month before attempting to conceive,” Dr. Holzer said in a telephone interview before taking her trip. “But other than taking the precaution of using more repellent, I’m planning on enjoying my vacation.” 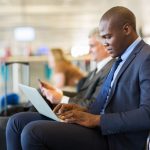 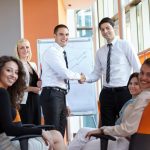