3 Ways a Government Shutdown Would Affect Travel and Hospitality

3 Ways a Government Shutdown Would Affect Travel and Hospitality

On Monday, September 30, the U.S. House of Representatives will find itself facing a Congressional deadline; either the House approves the Senate-ratified version of a government spending bill by midnight, or the U.S. government shuts down due to lack of funding authorization. This event would trigger a number of nationwide effects, including the furlough of most government employees. Here are three ways a government shutdown would affect business travel planning and the hospitality industry:

2. National parks and museums will close. Anticipate vacation spending in the U.S. to decline substantially. Also contributing to this effect is the fact that literally millions of government workers will temporarily go on furlough, creating a serious reduction in disposable income.

3. The Center for Disease Control will suspend disease surveillance. This means the reaction time involved in responding to new epidemics will be substantially increased, which in turn will likely affect insurance rates and policies. 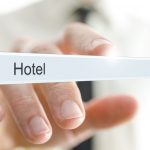 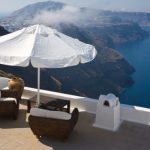