The Perils of Hotel Balconies

The Perils of Hotel Balconies

Many people enjoy having a balcony when staying at a hotel; between the outside air and sweeping views, there isn’t much to dislike. However, apart from general security concerns, this favorite amenity has a dark side that rears its head from time to time when tragic accidents permeate the news.

On September 1, in St. Joseph, Michigan, a man fell to his death from a fifth-story balcony at the Silver Beach Hotel. Referred to by hotel representatives as a “regular guest,” the thirty eight year-old man may have been consuming alcohol when the incident occurred. On the same day, in the Mediterranean retreat of Majorca, a young man died from an eight-meter balcony fall; then, within twenty-four hours, another youth died at the Mallorca Rocks Hotel while allegedly engaging in “balconing,” or jumping from balcony to balcony. Then, on Tuesday, a six year-old girl fell from a third-story balcony at Disney’s Animal Kingdom in central Florida, sustaining only minor injuries.

These incidents should raise questions for hotel operators around the world; are balconies, an old and beloved amenity, worth the potential liability and risk that accompanies them? 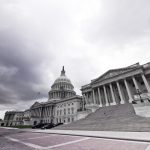 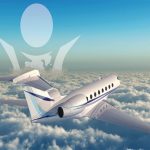