4 Tips for Surviving an Active Shooter

4 Tips for Surviving an Active Shooter

You’re working at your job or out in public, doing what you normally do and not expecting anything particularly exciting to happen. Then you hear a series of loud, muffled pops, not too close, but not very far away. Then you hear screams, faint and distant but getting louder. Then you hear another pop, only this time it’s more like a bang and much closer, and in one adrenaline-pounding moment, you realize you’re hearing gunshots. This is how most people initially experience an active shooter situation; that is, if you’re lucky enough to have some distance between you and the shooter(s) when the situation erupts.

No matter where you are when someone is trying to kill you with a gun, you must suppress a powerful natural urge to panic and instead act with extreme speed and focus. Reading these tips is a good first step, but you must repeatedly imagine yourself doing these things in a situation like this so it becomes something akin to second nature (at least, in your head). In an active shooter scenario, you do not have the luxury of careful planning or ponderous recall.

1. Run if you can. There’s no surer way to survive a shooting than not being around to take a bullet, and the faster you move, the less likely you will fall into a shooter’s sights. However, depending on your proximity to the shooter(s) when he opens fire, running might expose you directly to close-range gunfire, which greatly increases your chances of serious injury or death. You should also avoid running if you can’t tell where the gunshots are coming from; the last thing you want to do is accidentally run towards the shooter(s). Bottom line:  If you know which way is “away from the bullets” and you have a relatively safe exit route, get out of there as fast as you can (and take nearby people with you, if they’re smart enough to follow). If you come under fire while fleeing, remember that you become a much more difficult target if you run in an irregular pattern (i.e. not in a straight line).

2. If you can’t run, find cover, and choose very wisely. In the military, “concealment” refers to an environmental object that removes you from your enemy’s line of sight, while “cover” refers to an object that can potentially stop a bullet or other projectile. In an active shooter scenario, you need cover and you need it fast. Remember, bullets—especially rifle bullets—can easily penetrate drywall, cubicle separators, and many types of doors. If concealment is the only thing you can get to when bullets start flying, take your chances, but otherwise you should always seek cover to reduce your chances of being hit by a stray round (this is especially important in confined spaces, such as an office building).

3. If you can’t run or reach cover, attempt to disable the shooter.  Anyone involved in the military or law enforcement will tell you that this course of action is purely a last resort, and this is true. If you have immediate access to a firearm, the situation becomes more tenable, but for most people this won’t be the case. In an active shooter scenario—especially when unarmed—you should only attack the shooter if the choice is between that and being shot. If you must resort to this action, focus on gaining control of the firearm and forcing the barrel in a safe direction, even if it involves getting into a wrestling match with the shooter. Remember, even if both of your hands are occupied with struggling for control of the firearm, you still have your head and knees to use as weapons. Finally, consider the next point when imagining how this course of action would play out.

4. Always use your environment. An active shooter scenario is a game of survival, and the deck has been stacked against you. Your enemy has the element of surprise and (in most cases) outguns you. You can mitigate this disadvantage by using your environment more effectively than the shooter does. If he is wearing tactical gear and carrying a large shotgun or rifle, and you are wearing a typical business casual outfit, he will not be able to move through tight spaces like small stairways as quickly as you can (especially if he is tall and/or has a large stature). If he’s carrying a rifle, long hallways give him the advantage and shorter hallways with tight corners will require him to constantly realign his sights; if he’s carrying a shotgun, long hallways give him a disadvantage because the effectiveness of his weapon decreases at greater distances. If you’re being cornered and think you may have to resort to an offensive strike, take a quick inventory of potential improvised weapons around you:  Anything from a heavy pencil sharpener to a shard of broken glass can give you an edge that may decide a struggle between you and the shooter.

Active Shooting: It Can’t Happen Here July 28, 2014
Active Shooter Response Planning August 27, 2015
Would You Drop to the Floor If Shooting Broke Out In Your Workplace? September 14, 2015 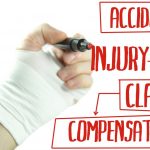 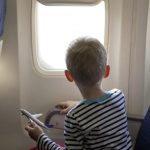