What Really Matters
The most important factors in an airline’s safety standards go well beyond the airline’s safety record. An airline with strong safety standards should have a management team composed of experienced airline industry professionals. A safe airline needs to have a strong safety culture – the idea that safety comes before everything else, including profits and customer service. Safe airlines avoid risks. Aviation is one of the most risk-averse industries out there, and that’s a big reason why it’s also one of the safest. Finally, a safe airline needs to follow the rules. Aviation is a very by-the-book industry. There are rules for everything, and those rules often in place because of lessons learned in past accidents.

Evaluating an airline based on these factors requires dive deep into an airline’s operations to see how the airline performs on these issues, and most travelers don’t have the time or expertise to perform that deep dive. Fortunately, travelers aren’t the only ones who are interested in an airline’s safety. Governments, industry groups, and other international organizations regularly assess airlines’ safety standards; their findings can offer travelers a quick and easy understanding of whether their airline meets appropriate safety standards.

The Tools
There are six freely-available tools that travelers can quickly use to evaluate an airline’s operational and safety standards. Three of these tools are based on direct audits of the airline, while three are based on evaluations of the government that certifies and oversees the airline.

In order to fully understand these tools, a traveler should understand the importance of a civil aviation authority (CAA), the government body responsible for regulating all the airlines registered in its country. An example of a CAA is the Federal Aviation Administration (FAA) in the US. An effective CAA will set appropriate operational and safety standards for airlines under its jurisdiction, will have the capacity to inspect airlines and ensure they follow those standards, and will have the authority to ensure that airlines that do not meet the standards are not allowed to operate.

Travelers can use three publicly-available tools to evaluate a country’s CAA: The International Aviation Safety Assessment (IASA), the List of Carriers Banned within the European Union, and the Universal Safety Oversight Audit Program (USOAP).

If a traveler still isn’t satisfied after evaluating the CAA that oversees an airline, the traveler can also look at the airline’s international certifications that are based on direct audits of the airline. The three audit-based tools are the IATA Operational Safety Audit (IOSA), the EU Third Country Operator (TCO) program, and an airline’s alliances and codeshares. Travelers should note, however, that these programs are voluntary, so a lack of such certifications is not necessarily a negative indicator for an airline’s operational and safety standards.

International Aviation Safety Assessment (IASA)
The IASA program run by the US Federal Aviation Administration (FAA) assesses whether the CAA in a country meets international standards; Category 1 is a pass, Category 2 is a fail. The IASA is updated continuously based on direct FAA audits of CAAs, and carries regulatory implications. Airlines from Category 1 countries can start new service to the US and new codeshares with US carriers, while airlines from Category 2 countries cannot, although they can continue existing services or to the US or codeshares with US carriers. The biggest problem with IASA is that is only lists countries with flights to the US or codeshares with US carriers, so there are numerous countries not listed in IASA. That doesn’t mean those countries have good or bad CAAs, it just means travelers need to look elsewhere for that information.

List of Carriers Banned within the European Union
The EU ban list is a frequently misunderstood tool. A lot of media sources refer to this as the “EU Airline Blacklist” and suggest that every airline on the list is there because the EU found major safety flaws with the carrier, but this perception is inaccurate. Instead of auditing airlines, the EU audits CAAs, and then bans all airlines from a country whose CAA fails the audit. There are a few airlines that are banned outside of those country-wide bans, but those are rare. An airline that gets caught up in a countrywide ban isn’t necessarily unsafe – it just means they don’t have an effective CAA overseeing and certifying their operations. Airlines from countries with blanket bans can request exemptions from the list, in which case the EU will perform a direct audit of the airline and will exempt it if the airline passes; an exemption is therefore a very positive indicator for an airline’s safety standards.

Universal Safety Oversight Audit Program (USOAP)
The USOAP program is run by the International Civil Aviation Organization (ICAO), the UN’s civil aviation arm. This program audits every CAA in the world and provides a breakdown of how each CAA scored in different categories of the audit. If a country performs particularly poorly in a safety-critical area, that country gets a red flag that designates them as a Significant Safety Concern. Unfortunately, the audits aren’t very frequent, and some of the data on the USOAP website is up to 10 years old.

IATA Operational Safety Audit (IOSA)
The IOSA program is run by the International Air Transport Association (IATA), the main global trade group for airlines. IOSA is a comprehensive audit program that airlines must pass in order to become IATA members. The program is based on direct audits of the airline, covers airlines around the world, and has been proven effective at ensuring strong operational and safety standards. Depending on the year, the accident rate for IOSA-certified carriers is usually about one-third that of non-IOSA carriers. Travelers should note that IATA gives such out two-letter IATA codes regardless of whether an airline is an IATA member; just because an airline has an IATA code does not necessarily mean that they’re an IATA member who has passed an IOSA audit.

EU Third Country Operator (TCO)
The TCO program is run by the EU’s European Aviation Safety Agency (EASA). For non-EU airlines to operate flights to EU destinations, they have to pass an EASA audit and receive this TCO authorization. Like IOSA, TCO authorization is based on a direct audit of an airline’s operations. The thoroughness of the audit depends on EASA’s confidence in the CAA of the airline’s home country. If EASA has confidence in the CAA, they may only do a quick review, but if they don’t have confidence they do a much more thorough audit.

Alliances and Codeshares
Membership in one of the big three airline alliances – oneworld, SkyTeam, or Star Alliance – is a very positive indicator for an airline’s safety standards, as the alliances put prospective members through safety audits. Codeshare agreements with major carriers are also a positive, as they show the major carrier trusts the other carrier’s safety standards enough to let their paying passengers fly on that carrier.

Air safety is the safest form of transportation available. In many operating environments, flying on an airline with inadequate safety standards is still the safest option for intercity transportation. However, travelers who put in the effort to seek out safer air travel options will reduce their chances of becoming victims of an aircraft accident, and the tools discussed above are a good way to start that effort.

If checking those six tools is still too much work, check out WorldAware’s Worldcue Airline Monitor, in which WorldAware’s analysts use 14 criteria to evaluate an airline’s safety and give it a Preferred or Not Preferred rating. 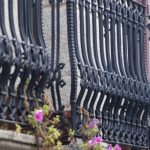 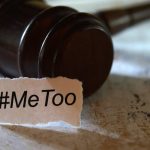