All Flights are Not Created Equal

All Flights are Not Created Equal

The turkey has been carved and the pumpkin pie tin is left with crumbs.  Holiday season is in full effect and plans on traveling to grandma’s house to spread some holiday cheer are commencing.

Now if your holiday travel is occurring on a big red sleigh lead by an animal with a bright red nose, you can feel free to move on.  However, if you are like me and the other 99% of the population, budget friendly travel is a must!  Feel free to use Google Flights to you hearts content, but there are some tips and tricks to getting cheaper flights if you know which priorities you value most and are willing to give a little to get a little.  We all know by now that not all flights are equal.

The likes of Spirit, Allegiant and Frontier have grown immensely over the last few years.  The evolution of budget friendly (ala carte’) airfare has seen such a rapid progression that even the big boys have caught on.   Chicago based United Airlines recently announced the launch of a new fare situated to compete against the ‘Spirit’s’ of the world.  I of course, as your travel guru, dug in deeper to learn what you get with the new airfare!

With the launch of the new basic economy, the competitive fares of traveling with my hometown Houston carrier shocked me.  United customers will see the lowest available price on the market – but the runway has some strict ground rules on this new adventure into the budget friendly skies.

When you begin to peel back the onion, you realize this type of airfare suits a single, backpacking, within 2hr flight time traveler…essentially you have to pack light and fly flexible.   Basic Economy fliers will not have a guaranteed seat assignment, available seat upgrades, and are only allowed one personal item that must fit under the seat – no overhead compartment for you!  If boarding early is your #1, Basic Economy travelers are also the last to board.   Although, United claims this will smooth out the boarding process as the last people on the plane typically don’t have room for their carry ons in overhead bins.

The competition for cost-conscious travelers has begun to take off as Delta began offering a similar line in 2015.  I can imagine the market moving from the likes of Allegiant and Spirit over to United as they have given you (fare) warning on what to expect.  As mentioned before, depending on your priorities, this might be an option for you!

There are still a few kinks to be worked out – a close friend recently flew on a budget friendly flight to Tampa and to say her travel went smooth would be a punch line at your local comedy club – but I personally am anxious to see how this pans out with a down economy.

Until next time my friends…Carry-on! 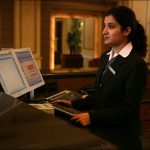 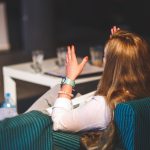