OSHA defines a near miss as an incident in which no property was damaged and no personal injury was sustained, but where, given a slight shift in time or position, damage or injury easily could have occurred. Put simply, someone got lucky.

Because there was no damage, these near miss incidents are often ignored or not investigated as thoroughly as a recordable workplace injury or illness on the premise of “no harm, no foul.” However, by doing so, businesses fail to take advantage of a zero cost learning tool that might prevent a serious injury or illness from occurring in the not-so distant future. Indeed, experience has shown there is little question that most loss producing events were preceded by warnings or near miss incidents.

Take the real life example of a business that many years ago installed a number of small venting systems at its operations. A piece of one of the venting systems fell and almost hit an employee which almost certainly would have caused a serious injury and possibly death. The business determined that (essentially) a screw came loose causing the part to fall. It then checked the remaining venting systems and learned that other screws had starting becoming loose as well and was able to resolve the issue before anyone got hurt.

It is with little creativity that one can imagine countless scenarios whereby performing a root cause analysis on a near miss incident would result in similar finding that could be used to prevent a future accident(s) from occurring. More often than not, these investigations may be smaller in scale, easier to conduct, and may not have the immediate deadlines associated with investigations conducted when OSHA is involved.

Even if the investigation results in a finding that human error caused the near miss, and they often do, this provides the employer an opportunity to revisit training. In fact, documentation of these proactive efforts could be used to reduce OSHA penalties and/or would be powerful evidence establishing an employee misconduct defense to OSHA citations or in defense of negligence and wrong death litigation.

Accordingly, businesses should ensure that their reporting policies include near miss incidents and should cultivate an environment of encouraging and supporting employees who report such incidents even if anonymously. As with any effective policy, this means a demonstrated commitment that begins with management and is communicated to all employees and includes their active involvement.

John S. Ho exclusively represents employers in labor and employment matters including but not limited to safety and health matters under OSHA and similar state law plans. John also defends employers in the numerous retaliation statutes enforced by OSHA. Prior to joining Cozen O'Connor, John was a prosecutor for the United States Department of Labor, Office of the Solicitor where he enforced OSHA among other federal statutes. John serves as the chair of Cozen O’Connor’s OSHA practice area. 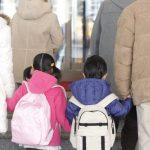 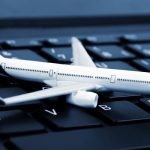