On July 26, 2018, the California Supreme Court issued a decision entitled Douglas Troester v. Starbucks Corporation, No. S234969, which should be of concern to all California employers. The specific issue was whether, in tracking the compensable time of its non-exempt employees, Starbucks could ignore minutes that they spend closing up after they clock out for the day.

Looking down the barrel of a class action with substantial exposure, Starbucks argued that the amount of time (totaling $102.67 over 17 months for the named plaintiff) was too small to consider. Rejecting this argument in a decision that could affect small amounts of unpaid time in a variety of circumstances, the Court held that “[t]he relevant statutes and wage order do not allow employers to require employees to routinely work for minutes off-the-clock without compensation.”

At issue was the so-called de minimis doctrine, which derives from the maxim de minimis curat lex, which means “the law does not concern itself with trifles.” This doctrine has been part of federal law, as specified by the U.S. Supreme Court under the Fair Labor Standards Act (“FLSA”), for over 70 years, and has been used to excuse the payment of wages for otherwise compensable time in circumstances where it is administratively difficult to capture such time through customary time recording methods. In determining whether otherwise compensable time is de minimis under the FLSA, consideration is given by the Ninth Circuit Court of Appeals to (1) the practical administrative difficulty of recording the additional time; (2) the aggregate amount of compensable time; and (3) the regularity of the additional work.

As for California law in general, the Court recognized that the de minimis principle is a well-imbedded principle, and is even included as a “Maxim of Jurisprudence” in Section 3353 of the California Civil Code, which states that “[t]he law disregards trifles.” With respect to wage and hour issues in particular, the Court further recognized that the California Division of Labor Standards and Enforcement has included the de minimis doctrine in its Enforcement Policies and Interpretations Manual, as well as in its Opinion Letters, which virtually adopt the test used in the Ninth Circuit under the FLSA.

Given this long and extensive use of the de minimis doctrine, and the reliance on this doctrine by California employers in addressing wage payment issues, you might think that it would be a simple and logical matter for the California Supreme Court to recognize this doctrine. Nevertheless, the Court found that the protections afforded to employees under the wage orders compelled it to reject application of a de minimis doctrine to the off-the-clock work that was in issue in the case before it.

Specifically, plaintiff Douglas Troester filed a class action in the Los Angeles Superior Court on behalf of himself and all non-managerial California employees of defendant Starbucks Corporation who performed store closing tasks from mid-2009 to October 2010. Mr. Troester submitted evidence that Starbuck’s computer software required him to clock out on every closing shift before transmitting daily sales, profit and loss, and store inventory data to Starbuck’s corporate headquarters on a separate computer terminal in the back office. After Mr. Troester completed this report, he activated the alarm, exited the store, locked the front door, and walked his co-workers to their cars in compliance with Starbuck’s policy.

The undisputed evidence was that these closing tasks required Mr. Troester to work four to 10 additional minutes per day. Over the 17-month period of his employment, Mr. Troester’s unpaid time totaled approximately 12 hours and 50 minutes, which at the then-applicable minimum wage came to $102.67, exclusive of any penalties or other remedies.

As for these tasks, the Court assumed that they were compensable for purposes of its analysis. After considering the history of the de minimis doctrine, the Court held that (i) the California wage and hour statutes and regulations have not adopted the FLSA’s de minimis doctrine, since there is no indication in the text or history of the relevant statutes and wage orders of such adoption, and (ii) the relevant wage order and statutes do not permit application of the de minimis rule on the facts before it, where Starbucks required Mr. Troester to work “off the clock” for several minutes per shift. The Court noted that “a few extra minutes of work each day can add up,” and that the $102.67 earned by Mr. Troester over a 17-month period was enough to “pay a utility bill, buy a week of groceries, or cover a month of bus fares,” and that “[w]hat Starbucks calls de minimis is not de minimis at all to many ordinary people who work for hourly wages.”

In ruling against the de minimis doctrine in these circumstances, the Court emphasized the fact that the California Labor Code and the wage orders contemplate that employees will be paid for all work performed, in contrast with the less protective federal law that in some circumstances permits employers to require employees to work as much as 10 minutes a day without compensation. The Court’s conclusion was further reinforced by its beliefs that (i) the modern availability of class action lawsuits to some extent undermines the rationale behind a de minimis rule with respect to wage and hour actions, and (ii) many of the time recording problems that existed 70 years ago, when the U.S. Supreme Court first addressed the de minimis rule under the FLSA, no longer exist.

As for the practical administrative difficulty of recording small amounts of time for payroll purposes, which is one of the main impetuses behind the de minimis doctrine in wage cases, the Court concluded that “employers are in a better position than employees to devise alternatives that would permit the tracking of small amounts of regularly occurring work time.” The Court suggested a restructuring of the work so that employees would not have to work before or after clocking out. The Court further suggested taking advantage of technological advances in time-tracking products, or perhaps reasonably estimating work time through such things as time studies. In any event, the Court “declined to adopt a rule that would require the employee to bear the entire burden of any difficulty in recording regularly occurring work time.”

The bottom line is that the California Supreme Court believes that employees should be paid for all of their work, and that any difficulty in capturing this time for its non-exempt employees is the employer’s problem to resolve. As the Court stated, “An employer that requires its employees to work minutes off the clock on a regular basis or as a regular feature of the job may not evade the obligation to compensate the employee for that time by invoking the de minimis doctrine.”

There is some glimmer of comfort insofar as the Court expressly recognized that the de minimis rule might apply in other, appropriate circumstances, and that “a properly limited rule of reason does have a place in California labor law.” As the Court stated,

The overarching rule is, and must be, that employees are entitled to full compensation for time worked, and employers must make every reasonable effort to ensure they have adequately measured or estimated that time. But the law also recognizes that there may be some periods of time that are so brief, irregular of occurrence, or difficult to accurately measure or estimate, that it would neither be reasonable to require the employer to account for them nor sensible to devote judicial resources to litigating over them.

It remains to be seen how broad this exception will become. The plaintiffs’ bar naturally will argue that virtually any time that is capable of being recorded is required to be paid. The defense bar will understandably argue for a much broader exception. As usual, the courts will have to address this in the anticipated litigation.

In the meantime, employers should carefully review their timekeeping systems and policies to make sure that they capture all working time, and they should modify these systems and policies in accordance with the California Supreme Court’s pronouncement, beginning with placing all opening and closing duties after punching in and before punching out. Failing to do so could result in significant exposure.

Paul L. Bressan is a Shareholder and Chair of the Buchalter’s Labor & Employment Practice Group. He can be reached at 949.760.1121 or pbressan@buchalter.com

For over 40 years, Paul L. Bressan has focused his practice on labor and employment law, and representing management. Mr. Bressan practices before federal and state courts and the National Labor Relations Board, and represents clients in proceedings before various agencies, such as the Equal Employment Opportunity Commission and state employment agencies throughout the United States. Mr. Bressan is active in the defense of race, national origin, disability, sex and age discrimination cases, compensation claims, sexual harassment and wrongful termination matters. He advises both large and small companies on policies and procedures to follow to avoid these types of litigation and that provide a solid defense in the event that litigation does ensue. He also represents clients in negotiating collective bargaining agreements and arbitrations, and advises clients on the preparation of personnel policies and strategies. Mr. Bressan is AV Preeminent rated by Martindale Hubbell and selected as a 2013 Top Rated Lawyer in Labor &amp; Employment by American Lawyer Media in conjunction with Martindale Hubbell. 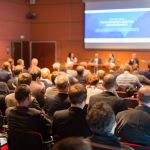 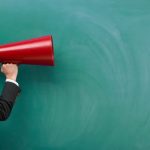