There is no better — or sadder — way to explain how Zak Stone’s father died in a vacation rental than how he did himself this week, so this is how he began the essay he wrote for the online magazine Matter.

“The rope swing looked inviting. Photos of it on Airbnb brought my family to the cottage in Texas. Hanging from a tree as casually as baggy jeans, the swing was the essence of leisure, of Southern hospitality, of escape. When my father decided to give it a try on Thanksgiving morning, the trunk it was tied to broke in half and fell on his head, immediately ending most of his brain activity.”

The death is devastating, but no one should be shocked by it, either. As with any big hotel operation, Airbnb hosts are putting up so many people each night that fatal accidents are almost inevitable.

But the incident — and a second death that Mr. Stone disclosed in the essay in Matter, part of the publishing service Medium — does raise important insurance and safety questions about Airbnb, its competitor HomeAway and hotels themselves at the same time as Airbnb is offering more protection.

Let’s start with insurance. A year ago, Airbnb hosts were on their own when it came to liability, and most of them probably assumed that their homeowner’s insurance would offer coverage if a guest was hurt or worse. But most homeowner’s insurance policies have an explicit exclusion for commercial activity.

Airbnb this year began offering free, automatic secondary coverage for liability, in case a host’s insurance company denied a claim. Last month, Airbnb made that coverage primary. It’s still free, and it covers up to $1 million an incident.

It is not yet clear how friction-free the claims-paying process will be. After the death of Mr. Stone’s father, Louis, his family reached a settlement with the insurance company for his host, not Airbnb or its insurer. According to Mr. Stone, that host had an insurance policy that explicitly covered commercial activity. He said in his essay that Airbnb paid a $2 million settlement for the second death he reported, which was from carbon monoxide poisoning in Taiwan.

HomeAway, which was acquired by Expedia last week for $3.9 billion, takes a different approach to insurance. Rather than offering free liability coverage, it urges homeowners to buy more comprehensive coverage elsewhere. The policy that it recommends includes property and contents damage and loss of business in addition to liability. HomeAway earns a marketing fee when its customers buy from its recommended provider, CBIZ.  So why doesn’t HomeAway offer free coverage like Airbnb? Partly because it would be too expensive to offer the comprehensive policy that prudent homeowners probably should have. But HomeAway’s business is different, too. It matches homeowners and travelers and likens itself to a classified advertising service. While HomeAway did not say this specifically, it is possible that it believes that its process shields the company from potential liability and removes any need to provide automatic coverage for homeowners who list there.

Scott Wolf, the president of CBIZ’s property and casualty program division, said in an interview this week that he could not figure out how every Airbnb customer would ultimately be covered. He pointed to Airbnb’s stated annual limit of $10 million on its policy, which its hosts could exhaust with 10 $1 million claims. He estimated that each policy pays out an average of $100 in liability claims each year (though that average results in large part from a smaller number of claims that are extremely high). If Airbnb has, say, 500,000 listings on average (though there are more occupied properties than that many nights of the year), that is $50 million in claims, which is $40 million more than that annual $10 million cap.

One possibility may be that Airbnb, which has many single travelers staying in single rooms for short periods, simply won’t need to make as many claims as HomeAway travelers do. After all, people who use HomeAway often travel with their families to large rental homes with slippery pool decks and leg-eating trampolines. But Mr. Wolf said that his experience insuring bed-and-breakfast owners suggested that hosts who were in residence were actually more vulnerable to claims than absentee owners. After all, you can’t blame a host for a spill that caused a fall if the host is not there.

Airbnb did not want to go into detail about what it pays for its insurance and the precise policy language. But Nick Papas, a spokesman, said that since it started offering liability coverage in January, eight million people had stayed with an Airbnb host in the United States and fewer than 50 hosts had filed claims. “We are extremely confident in the finances underlying our program,” he said in an emailed statement. “When we were looking to expand it, we had multiple competitive bids from different insurers. The numbers show how low the risk factors are, and they’re eager to work with us.”

As for the safety questions, this seemed the perfect opportunity to figure out once and for all whether Airbnb and HomeAway rentals are more dangerous than hotels: Just ask everyone for the accidental death rate per 100 million room nights and compare. That only works if companies are willing to answer, though. HomeAway offered its number right away: zero deaths, as far as it knows. Mr. Stone disclosed the two Airbnb deaths, and the company would not comment further on its death rate.

The American Hotel & Lodging Association does not track industrywide rates. A Hyatt spokeswoman would not disclose its rate or explain why it refused to share it, and an InterContinental Hotels Group spokesman declined to comment. Best Western and Starwood said they did not have the data. Felicia McLemore, a Marriott spokeswoman, and Christine Miller, a Hilton spokeswoman, did not respond to repeated requests for comment on their companies’ death rates.

Without good data, we’re all flailing about looking for anecdotes. So let’s start with those nondisclosing hotels. On two separate occasions within weeks of one another in 2013, three people died from carbon monoxide poisoning in the same Best Western hotel in North Carolina. A USA Today investigation that same year turned up eight deaths and 170 other people treated for carbon monoxide poisoning in hotels in the three previous years. Best Western said the company now had an industry-leading carbon monoxide detection and alarm system.

On the fire front, hotels and motels averaged 3,700 a year from 2006 to 2010, according to the National Fire Protection Association, resulting in an average of 12 deaths, excluding emergency personnel, and 143 injuries a year.

We know less about Airbnb and HomeAway, but one thing we know for sure is that their hosts need not follow the myriad regulations about exits and doors and alarms that hotels and motels do. The companies could inspect each property for safety, but they don’t.

And according to Liz Krueger, a New York state senator who has frequently tangled with the home renting companies, it would be better if somebody else did it. “They’d be self-declaring, and it wouldn’t be a governmental entity,” she said. “Call me a supporter of government, because I am, but I think there is a reason you want a third party doing the evaluation as opposed to an interested party who would have a reason not to document the correct things.”

Still, who knows if a government inspector would have noticed the dead tree that killed Mr. Stone’s father or the water heater reportedly at issue in the Taiwan death. Paying strangers to stay in their homes requires that we assume some risk, and we may simply have to get comfortable that we may never know exactly how much risk.

If you’re a host renting out a home or a room, tell your homeowner’s insurance company, even if you think Airbnb’s liability coverage gives you most of the protection you need. After all, your guest’s lawyer will probably sue your insurance company, too, if there is an injury on your property. Make sure that your guests know how to get out in an emergency and that your home has many alarms and is free of unnecessary hazards.

Paying guests should check batteries on fire and carbon monoxide detectors, be wary of kitchen equipment or outdoor toys they don’t normally use and keep a special eye out for things that could harm small children.

Still, let’s give the new players in lodging some credit where it is due. More insurance coverage is better than less, and urging people to be aware of their risks is a welcome evolution in how these companies operate.

Ron Lieber is the “Your Money” columnist for The New York Times. “The Opposite of Spoiled,” his guide to teaching kids about money and values, will be published by Harper Collins in February, 2015. 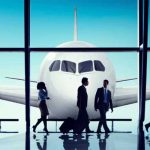