Does Your Hotel or Resort Use Non-Compete, Non-Solicitation or Non-Disclosure Agreements? Should It?

Does Your Hotel or Resort Use Non-Compete, Non-Solicitation or Non-Disclosure Agreements? Should It?

Imagine that your hotel has hired a sales staff to develop conference or resort business. You have paid that sales staff to develop relationships with companies, travel agents and other key people. After years of work and expensive networking, 30 percent of your revenue is now tied to those relationships. Those contacts and relationships are all in a database on your computer. Things are going so well that you hire another sales representative. Six months later he leaves and goes to a competitor. Then you discover he took that database to the new job. Within six months, your revenue from conference or resort business falls by 20 percent. Those customers are now going to your competitor. That is not fair and it is upsetting. What could you have done to stop that from happening? What can you do now?

Now imagine that your hotel brand has developed a new concept. For the last two years you have designed this new concept, code named “Atlantis,” and even test marketed it. After numerous refinements you are the first in the industry to launch this concept. You are years ahead of the competition and the concept is as successful in reality as your test marketing predicted. Suddenly, another competitor announces a similar concept. Coincidentally, one of your executives who was involved with the new concept retired from your company a few months ago. Suspicious, you look into it and find that she downloaded thousands of documents before leaving, including all the information on Atlantis. Outraged, you call your former executive, who denies all wrongdoing, and even claims that the concept is nothing really new, and in any event she has no non-disclosure agreement. What now?

The first scenario is repeated over and over in different industries all over the country. What can companies do to prevent it? Obviously you cannot prevent your salesmen from having the information needed to do their job, but you need to keep them from taking it with them. There is technology available to help protect the information, but that can only go so far. Fortunately, the law provides some protections. The best protection is to have each employee enter into a non-compete, non-solicitation or non-disclosure agreement. The allowable scope and duration of these agreements varies from state to state, but the key is to have something in place before the employee leaves. The Uniform Trade Secret Act is also useful here. If you can prove that the information is a trade secret, then a Court can issue a temporary restraining order to protect your company and the trade secrets and/or award damages. However, as with the contractual protection, you need to take action in advance to make sure the court will later regard your information as a trade secret.

The second scenario is less common but more damaging. But if you doubt that it happens or that it happens in the hospitality industry, recall the case of Starwood’s “W” hotel. In 1998 it was introduced as a new concept and others wanted to copy it. Another hotel brand hired former executives from Starwood, who allegedly brought confidential information from Starwood and began a similar concept for their new employer. Starwood took court action to protect its brand based on a non-compete agreement and trade secret laws. The end result was that the other brand was prohibited from developing anything similar for two years after the conclusion of the multi-year litigation.

There are two lessons here. One: Protect your hotel by getting the proper contracts in place in advance of any defections (this gives you the protection you need down the road). Two: When you interview new-hires, ask if they are subject to one of these agreements. If they are, get the agreement and read it. This will help you avoid suits by your employees’ former employers.

Originally published on Wednesday, March 11, 2015
634 views at time of republishing

David is a partner in Porter Wright’s Litigation department. For more than twenty years, he has handled a broad range of complex civil disputes in both federal and state courts throughout the United States. He has tried many cases as lead counsel. David has appeared in federal and state courts in eight states and has appeared before many appellate courts in the State of Ohio including the Sixth Circuit Court of Appeals. He has also been before the Ohio Supreme Court. David has handled nearly all types of court proceedings, including temporary restraining orders in commercial cases, preliminary injunction hearings, bench trials, jury trials, appeals, and bankruptcy proceedings. 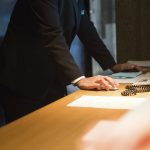 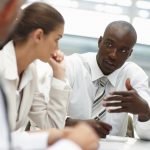