Many municipalities have enacted ordinances that authorize local police agencies to enter a hotel during regular business hours and request an inspection of the guest register to obtain information as to who is in the hotel, when they checked in and their anticipated check out time, how long the guest has stayed in the hotel, manner of payment and private information given by the guest to the desk clerk regarding their home address, car license plate and drivers license information. The municipalities argue that such ordinances and warrantless searches are necessary to help stop prostitution and drugs or to ensure compliance with the length of time requirements for motel guests. Many hotel operators have allowed the police agencies to inspect the guest registers without objection as they did not want to be subject to arrest or citation for not complying with the police requests.

However, some managers have objected and have been convicted of failure to comply with the inspection request. They argue that the police need a warrant to search the hotel registers and further, that the ordinances are not specifically limited to time, scope and duration of the inspection allowed or an opportunity to seek judicial review of the ordinance before being subjected to arrest and conviction for refusing to comply with the police agency’s request.

These issues were presented En Banc (all of the judges) to the Ninth Circuit Court of Appeals in Patel v. City of Los Angeles, Supra and the Court of Appeals ruled in favor of the motel owners who had been convicted of refusing to comply with the police request for an inspection. The Court of Appeals found the local ordinance unconstitutional as a warrantless search that did not give the motel owner an opportunity to seek judicial review of the ordnance before they were convicted. Recently the United States Supreme Court has accepted a Writ of Certiorari ( agreed to review ) of the Ninth Circuit ruling by the City of Los Angeles.

It has long been established that the legally registered hotel guest enjoys a right to privacy under the Fourth Amendment of the United States Constitution, including what they do, their bags and contents therein in their guest rooms from unwarranted searches and seizures by police. Further, historically the right to privacy under the Fourth Amendment precludes unwarranted searches and seizures of credit card charges and records from the telephone calls made from a hotel room.

In analyzing the searches and seizures from hotel rooms, the court recognized that while a guest is legally registered in a room, the hotel room is a temporary residence and thus, just like their primary residence, the guest is entitled to the same protections under the Fourth Amendment to their guest rooms in a hotel as they would for their primary residence. If the rental period ended, then the innkeeper could consent to a search of a guest room and if evidence against the former guest is found within the plain view of the officers, the evidence may be admissible.
Accordingly, as long as the guest is properly registered into the hotel the innkeeper must request a warrant from any police agency for private guest information. If they do not request and obtain a warrant for the private information of the guest, and the innkeeper produces such information to a police agency, they may be subject to a lawsuit for violating the Right to Privacy of the guest.

“The record shall be kept on the hotel premises in the guest reception or guest check-in area or in an office adjacent to that area. The record shall be maintained at that location on the hotel premises for a period of 90 days from and after the date of the last entry in the record and shall be made available to any officer of the Los Angeles Police Department for inspection. Whenever possible, the inspection shall be conducted at a time and in a manner that minimizes any interferences with the operation of the business.”

In the Patel case, the motel owner refused to allow for the inspection of the guest registers arguing that such a search violated the Fourth Amendment of the United States Constitution. The motel owner was convicted of violating the Municipal ordinance and fined. He was not allowed to challenge the constitutionality of the ordinance before being arrested and tried for violating the section. The hotel owner appealed the conviction and the Ninth Circuit in an En Banc opinion reversed the trial court conviction. The City sought a Writ of Certiorari to the United States Supreme Court which was granted.

The Ninth Circuit reviewed the need for a search warrant for administrative inspections of business premises and records. The court first confirmed that the non-consensual search of the guest register by the police did violate the Fourth Amendment. There was no question but that the guest registers were the business records of the innkeeper and thus the innkeeper had an expectation of a right of privacy from their search and seizure. The court also opined that as the guest voluntarily provided their information to the innkeeper, the guest no longer had an expectation of privacy to the records that were now in the possession of the innkeeper.
The Court of Appeals was also concerned that the ordinance did not give an innkeeper an opportunity to seek judicial review of the ordinance and the penalties for violating the ordinance and thus left the innkeeper to the “unbridled discretion” of the police. Accordingly, the Court of Appeals found the local ordinance invalid and thus an unconstitutional search and seizure in violation of the Fourth Amendment.

A similar ruling was handed down in the City of Strongsville v Patel, Supra. In the City of Strongville case, the local ordinance also allowed for local police inspection of the guest register for among other reasons to determine the length of time the guest had stayed in the hotel for compliance with the length of time provision of the ordinance. The Strongville court ruled that the administrative search was unconstitutional as it did not sufficiently limit the time, place and scope of the inspection as required by the US Supreme Court in its decision of United States v Burger. The Strongville court reasoned that as the ordinance requires the registers to “always be open for inspection”, the ordinance was overboard and thus did not satisfy the Burger test for constitutionality.

Although the US Supreme Court will rule on whether or not the Los Angeles Municipal Ordinance is or is not an unwarranted search and seizure under the Fourth Amendment, innkeepers must still be careful in not complying with lawful requests for the inspection of guest information. The innkeeper should still request a warrant or subpoena before voluntarily producing guest information or access to a guest room while the guest is still registered into the room. But, for administrative inspections of the guest registers pursuant to a local ordinance, the innkeeper needs to seek local counsel interpretation of the local ordinance as to whether or not it meets the valid constitutional requirements as outlined in Burger and Patel. Currently, the Patel decision only applies to the specific local Los Angeles Ordinance and as there are many local ordinances of a similar nature, the innkeeper must confirm if the ordinance in their community is constitutional.

As the hospitality industry is highly regulated for health and safety reasons among others, a court my find that it is subject to administrative inspections as long as the ordinance is limited in scope and time requirements.

Originally published on Tuesday, March 17, 2015
775 views at time of republishing 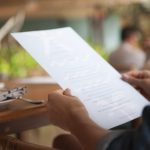 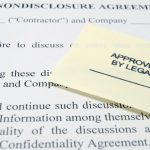