Facebook and Police Warrants: Can They Really Do That?

Facebook and Police Warrants: Can They Really Do That?

As anyone with a Facebook account knows, many people use their accounts to broadcast personal information to their Friends.

You could even say that some Facebook users use their accounts as diaries, describing what they’ve done, where they’ve been, and how they feel.

It’s highly doubtful, though, that these users would be disclosing such information if they knew who could access it.

According to a recent Reuters review of Westlaw’s database, police warrants for Facebook data is very common, and becoming only more so.

The first question you’d ask is, “can police really do that?”

The short answer is “yes.”

As long as there is probable cause to believe that a crime has been committed, law enforcement will probably be able to get a warrant to search through a user’s Facebook data.

Technically, there still needs to be probable cause that evidence of such a crime could be found on Facebook, but with how much personal information the general populace shares on Facebook today, a warrant would rarely be denied on these grounds.

In addition, neither Facebook nor the state need inform the user of the warrant.

Okay, so now that we’ve established that law enforcement can dig through your Facebook info without your knowledge, what can they access?

So, even if a user does not expressly disclose any private details of a crime on Facebook (it amazes me how many people actually do), law enforcement can have access to a record of where you were, and when.

But even if law enforcement can’t get that data from your profile, it can comb through many of your friends’ profiles, if the abovementioned probable cause exists (which it usually does).

There are several signs that point to Facebook’s voluntary complicity in the process.

Most notably is the existence of a guide* for law enforcement agencies requesting information from Facebook that seems to have been prepared by Facebook itself (although the company would not confirm the document’s authenticity).

While the practice is against Facebook’s business interests, since it would encourage people to minimize their Facebook usage, there’s really nothing Facebook can do about it.

Realistically, to completely stop the practice would take legislation on the national level that specifically prohibits any information from any social networking sites from being used by law enforcement.

While anything’s possible in the future, we probably won’t see such legislation anytime soon.

So what can users do now to protect themselves?

The most obvious answer is to simply not commit a crime.

Unfortunately, though, that may not be enough, since you can’t control what your Facebook Friends do.

Ultimately, the only certain method to insulate oneself is to simply not use Facebook.

Of course, to many people, life without Facebook is far worse than the most obtrusive invasion of privacy.

Originally published on Saturday, July 18, 2015
52 views at time of republishing 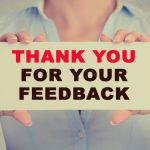 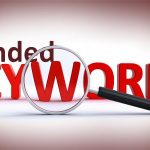