Firearms and gun control occupy a hotspot right in the middle of the modern psyche. Every facet of this issue—high-capacity magazines, concealed carry rights, background checks—inspires strong feelings and opinions from most people. Gun control currently enjoys a spotlight that had been absent since the Columbine High School shootings, and it really does affect everyone in some way. If you live in the United States or another nation with permissive gun laws, and you’re in the hospitality industry, you will have to deal with firearms at some point.

Right off the bat, as a restaurant or hotel owner/operator, you must deal with state legislation. Some states allow open carry, while others only allow concealed carry. In some states, private firms have the right to ban licensed concealed carry on their property with the appropriate signage. In others, CHL holders can carry anywhere—even in bars and other establishments that serve alcohol.

Once you know where your establishment stands legally with regard to firearms, you can begin formulating your own policy. Some owners/operators look at gun-related homicide numbers in the U.S. and move to make their establishment as gun-free as possible, while others consider statistics that indicate CHL-saturated areas experience less crime and craft a gun-friendly policy.

HospitalityLawyer.com and our partners have experience with this issue. At last year’s Hospitality Law Conference, David B. Moseley Jr., partner at Glast, Phillips, & Murray P.C. and former infantry officer in the U.S. Army Reserve, delivered a powerful and comprehensive presentation on concealed firearms in the hospitality industry. After setting the stage with a strong body of evidence and in-depth analysis, David concluded that “it is unlikely that we will experience an intentional shooting by a person with a CHL in our place of business, although the potential for unintentional discharges is a slightly greater likelihood than it has been previously. We can generally ban handguns in our premises and CHL carriers will comply, but common criminals, terrorists and the mentally ill will not pay any attention to our signs or our rules. The signage has risks of its own, from both marketing and liability standpoints.” 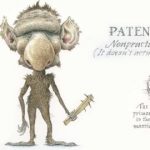 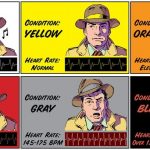