Patent trolling, a fairly new method of coercing money from large companies, has put several U.S. transit agencies in an uncomfortable spot. So-called patent trolls, otherwise known as patent assertion agencies, are companies that don’t actually produce anything for income; instead, they purchase patents and then demand licensing fees from other companies through legal coercion.

Two overseas patent trolls have recently advanced into the United States and targeted at least twenty public transit agencies, including train behemoth Metra Rail. Eager to avoid a lawsuit, Metra settled with these companies in mediation and ended up paying $50,000 to have the case dismissed. According to a Metra spokesperson, this settlement was much less than the cost of pursuing the case in court; public agencies often find themselves at a natural disadvantage in these situations.

In February, a patent assertion agency called Innovatio won part of a federal case in northern Illinois, in which the firm challenged the right of hotels, coffee shops, restaurants, and other small businesses to make wireless internet “available to their customers or us[e] it to manage internal processes.” The judge ruled that Innovatio’s suit was “protected petition activity under the First Amendment.” Innovatio then notified many of these companies that it plans to petition for a five thousand dollar judgment against each of them.

Congressmen, industry groups, and even the White House have begun a determined effort to curtail patent trolls. In the meantime, the legal and travel communities must stay vigilant and understand that patent trolling still presents a very real problem. 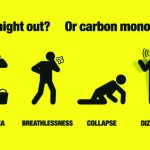 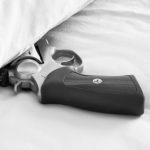