Heads Up! Overhead Luggage and Injuries on Airplanes

Heads Up! Overhead Luggage and Injuries on Airplanes

For the nearly fifty percent of Americans who fly commercially at least once per year, stuffing a carry-on bag in the overhead bin above their respective seats seems a fairly innocuous task. Indeed, this little ritual of air travel presents a small but necessary obstacle in the greater effort to conquer the organized chaos of commercial air transportation. Most people don’t think twice about using an overhead bin, especially when it comes to proper bag placement and retrieval.

However, this small task can have big implications if you mishandle your bag while storing and/or retrieving it. According to a 1998 study by the Flight Safety Foundation, ten thousand passengers worldwide suffer head injuries from falling baggage each year. These injuries can cause various levels of trauma to the brain and induce a variety of serious symptoms for months after the incident.

Things haven’t gotten better since the late nineties; in fact, according to the Association of Flight Attendants, the situation has actually worsened. In a 2010 membership survey, the AFA found that fifty percent of flight attendants had witnessed carry-on items falling from overhead bins at least once in the past sixty days. The association urges Congress and government agencies to establish limitations on carry-on baggage in an effort to mitigate the growing problem. 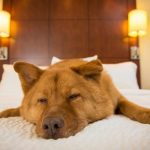 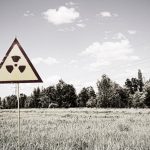