Strike on Syrian Facilities Could Result in Radiation Release

Strike on Syrian Facilities Could Result in Radiation Release

In a statement on Wednesday, Russian Foreign Ministry spokesman Alexander Lukashevich voiced concerns that a U.S. attack on Syria’s nuclear facilities may result in a radioactive event that would pose a health risk to the region. On behalf of the Russian government, he recommended that the U.N. prepare a risk analysis to address this possibility.

The Syrian government operates a Miniature Neutron Source Reactor, or MNSR, near Damascus. MNSRs, typically used for research purposes, are fuelled by anywhere from six to sixty-two rods of enriched uranium. While relatively low-powered and safe, MNSRs can release significant amounts of harmful radiation following a systematic reactor failure; however, according to ICENS, a SLOWPOKE reactor like the Syrian MNSR will not undergo a full meltdown like a larger reactor.

The United States is currently in the process of considering limited military action against Syria in response to the government’s suspect August 21 sarin gas attack on a Damascus suburb. While Congress votes on whether or not to authorize a military strike, President Obama is attending the G-20 summit in St. Petersburg, Russia, where the issue will be discussed among world leaders. 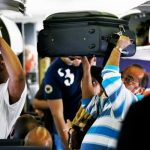 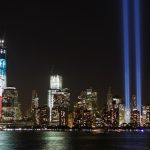