It’s happened again-a terrible attack on a hotel, followed a few days later by the deadly commandeering of an ambulance and its subsequent use as a bomb. Afghanistan, more than 16 years after the US and its NATO allies first launched an all-out assault on the Taliban and Al Qaeda, continues to be a hotbed of internecine and factional conflict. The results are destabilizing to the region and support the notion that the war-initially crafted as a response to the deadly September 11, 2001 attacks in the US-has drifted into the realm of quagmire.

But rather than dwell on the seemingly endless armed conflict, it’s worthwhile to take a look at the hotel bombing and emphasize once again the critical need for hotel operators to implement effective and smarter security controls aimed at detecting and neutralizing non-traditional or “asymmetric” threats to the sector. It is not enough to erect barriers outside the entrance or to have guests pass through a magnetometer, however inconvenient that may be. A wholesale rethinking of hotel security practices is necessary. Such re-crafting of the process cannot be accomplished using a “one size fits all” approach; rather, a carefully calibrated protocol must be established and implemented for each property bearing in mind the threat environment in which the establishment operates.

Last September’s mass shooting at the Mandalay Bay Resort in Las Vegas was a clarion call for the hospitality sector to take a more proactive approach to security. In the case of Las Vegas, or other tourist and convention oriented cities in the US and Europe, current protocols need to be strengthened and non-traditional measures need to be adopted. A good look at who is checking in-what is he or she about and does the potential guest mesh with the established demographic-should be priority questions. In other words, if you operate a five-star hotel and charge close to $400 per night, should you be concerned about a 21-year-old man who checks in alone? What about a single female of the same age group? And a group of student back-packers?

The answer in our view is while no particular concerns may be apparent at the time of check-in, a person who clearly looks out of place in your property may be a good candidate for a little extra screening. What type of screening can be accomplished to allay concerns about the person? Consider adopting some of the following measures:

Finally, if you do observe or otherwise detect suspicious activity, the hotel has the right to take quick action to ensure the safety of guests and employees. An innocent person who is expelled from the hotel might be able to raise a valid claim against the property, but a reasonable expulsion of someone who just does not seem “right” or is acting in a way incompatible with security may make the difference between a safe stay for all and a tragedy of immense proportions.

There is no hard and fast, right or wrong protocol in implementing non-traditional and proactive security measures at hospitality locations. Those that are most appropriate will be dictated by events on the ground, intelligence gathered, local and national law enforcement liaison and a good deal of thinking outside the box. The important thing is to not rely exclusively on barriers and door locks. As the threat evolves, so must your security protocols.

Securing Your Next Big Meeting or Conference: 5 Tips on Event & Site Security July 23, 2013
Dogs Have Owners, Hotels Have Staff August 1, 2013
The Fair Housing Act and the Extended Stay Industry September 26, 2013 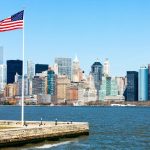