On July 9, the Crime Prevention Research Center (CPRC) reported a marked increase in permits to carry concealed firearms. Citing official state reports as its sources, the study describes a 130-percent increase (p.4) in the number of Americans with concealed carry permits from 2007 and 2013. In 2007, 4.6 million citizens had a concealed carry license (CCL); in 2013, that number increased to 11.1 million or more (p.4). Examiner.com verified part of the CPRC report’s data with the State of Washington Department of 497Licensing, which reported that it has issued over 4,100 new permits to Washington residents sinceJune 2. The CPRC report also notes that, in the last six years, just four concealed carry permits nationwide have been revoked for firearms-related violations. With more and more people carrying concealed weapons, many hotel and restaurant operators may find themselves engaging a new variable when it comes to their respective businesses. As indicated by David Moseley’s influential paper from the 2012 Hospitality Law Conference on the relationship between hospitality and firearms, this is not a trend owners and operators should ignore.

Concealed carry laws vary widely among states. Hospitality operators need to first learn and understand federal concealed carry laws (see Moseley’s paper for more on this), but state-specific laws are just as important. USACarry.com offers an interactive map of the U.S. that allows users to click on a state and view its official restrictions on concealed carry. For example, concealed carry in Florida is prohibited in “any portion of an establishment licensed to dispense alcoholic beverages for consumption,” (790.05-12a) while Oklahoma prohibits carrying only in businesses where “the sale of alcoholic beverages [is] the primary purpose of business.” (21 § 1272.1) In Texas, CCL holders are liable if they fail to honor (official) signage in/around a private business that prohibits concealed carry. (TPC 30.06)

Additionally, hotel and restaurant operators should pursue substantive firearms education to better understand general legal restrictions on ownership and carry. This includes minimum age requirements for purchasing and owning firearms, the technical details and mechanics of different types of firearms, and where people can keep firearms with and without a CCL. What’s the difference between a magazine and a clip? Is a citizen without a CCL allowed to store a firearm in his/her vehicle? Can you, as an employer, prohibit your employees from keeping firearms in their vehicles while parked in your lot? This information will enhance your perspective when balancing the preferences and rights of your customers with concerns about security and compliance.

Here are some great resources on firearms and concealed carry law: 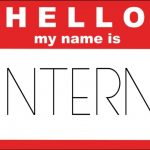 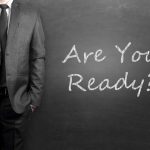