Is the Fast Pace of Your Service Causing Hidden Wage & Hour Issues to Lurk?

Is the Fast Pace of Your Service Causing Hidden Wage & Hour Issues to Lurk?

Many states also have minimum wage laws that provide greater protections for employees and employers are required to comply with both standards.

Proposed Changes to Minimum Wage
President Biden endorses a plan to more than double the federal minimum wage over the course of the next four years incrementally increasing to $15.00 per hour by 2025. Democrats in the House and Senate have reintroduced the Raise the Wage Act that would gradually increase the federal minimum wage. The Act would increase the pay floor to $9.50 an hour in 2021, then to $11.00 per hour in 2022, $12.50 per hour in 2023, and $14 in 2024 with a final increase to $15 in 2025. The measure would also end below the minimum wage for tipped workers, along with certain teens and individuals with disabilities. Given the change in power dynamics in D.C., it is now more likely for these previously stalled efforts to be successful.

Tip Pooling
Currently, if an employer takes a tip credit up to $5.12 per hour, meaning that employees’ tips and hourly wages together equal at least $7.25 per hour, an employer can require employees to contribute to a traditional tip pool which is limited to employees who “customarily and regularly” receive $30.00 or more in tips per month from customers. Employees who are considered tipped employees for the purposes of these regulations are likely to be servers, hosts, bartenders and other front-of-house workers.

What is key about both of these situations is that owners, managers and supervisors are strictly prohibited from participating in any tip pools whether traditional or mixed. Many states vary on their tip pooling regulations with a handful prohibiting mandatory tip pools in their entirety.

Overtime
The federal overtime provisions in the FLSA require that employees must receive overtime pay for hours worked over 40 in a workweek at a rate not less than time and one-half their regular rates of pay. The Act does not require overtime pay for work on the weekends or holidays unless overtime is worked on such days. The hours are measured on a workweek basis which is a fixed and regularly recurring period of 168 hours (seven consecutive 24-hour period).

Misclassification
Exempt versus Non-Exempt
An employee is exempt from the FLSA’s minimum wage and overtime pay requirements if the employee meets the: (1) salary basis (2) salary threshold; and (3) job duties test under the various exemptions, including executive, professional, computer and outside sales.

Independent Contractor versus Employee
The provisions of the FLSA apply to only to an employment relationship as opposed to a strictly contractual one. In the application of the FLSA an employee is one who, as a matter of economic reality follows the usual path of an employee and is dependent on the business which he or she serves. The U.S. Supreme Court has indicated that no single rule or test is determinative, and the totality of the circumstances will be considered.

To this end, the Court has considered the following factors as significant: (1) The extent to which the services rendered are an integral part of the principal’s business; (2) The permanency of the relationship; (3) The amount of the alleged contractor’s investment in facilities and equipment; (4) The nature and degree of control by the principal; (5) The alleged contractor’s opportunities for profit and loss; (6) The amount of initiative, judgment, or foresight in open market competition with others required for the success of the claimed independent contractor; (7) The degree of independent business organization and operation.

The existence of an agreement between the part does not in itself exempt the application of the FLSA nor does the mode of payment.

Meal and Rest Breaks
Federal law does not require lunch or coffee breaks, however, if you offer short breaks that are less than 20 minutes this time is compensable. Bona fide meal periods are not compensable. Employees must be completely relieved from duty for the purposes of eating a regular meal. States and localities vary on the requirements.

Final Pay
Ensure that the final pay includes all hours worked. Depending on the jurisdiction an employer may also be required to pay out accrued vacation time. In states like California, accrued paid time off is considered part of earned compensation and must be included in the final pay.

Federal law does not require immediate payment upon termination, but states and localities regarding the timeline in which employers are required to issue final pay.

Alden Parker, Regional Managing Partner
Alden Parker is the managing partner of the firm’s Sacramento office and the co-chair of the Hospitality Industry Group. Alden represents employers in all facets of employment law matters. He has considerable experience defending employers in litigation involving claims under the California Fair Employment and Housing Act (FEHA), California’s wage and hour laws, Family and Medical Leave Act (FMLA), California Family Rights Act (CFRA), and the Age Discrimination in Employment Act (ADEA). Alden has also defended employers against whistleblowing and retaliation claims, including claims under the California Whistleblower Act and various provisions of the California Labor Code.

Alden has extensive experience defending employers in federal and state court, as well as in investigations by the Equal Employment Opportunity Commission (EEOC), the California Department of Fair Employment and Housing (DFEH), United States Department of Labor (DOL) and the National Labor Relations Board (NLRB).

Emily Litzinger, Partner
Emily is a trusted advisor who guides employers through the intricacies of the ever-changing landscape of employment law. Emily’s experience as a litigator helps her anticipate potentially troublesome situations that can arise in the employment context. She regularly works with employers to develop preventative strategies to ensure compliance with employment laws and ultimately avoid the burdens associated with costly litigation.

Emily has been litigating workplace conflicts over the past ten years and has successfully defended large and small businesses in complex litigation in a wide-range of employment issues including non-competition, breach of contract, FMLA/ADA, sexual harassment and retaliation. 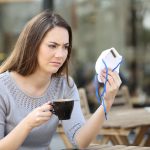 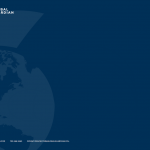