I recently met with an international company which has armed security responders at some facilities, guards at others, and nothing at public establishments among its diverse operations. We talked about protecting lone employees working at customers’ sites or alone at late hours, as well as how to protect employees working in situations where police are involved in riot or crime scene activities (medical responders, utility workers, and news crews).

I talked with another company about protecting its high visibility executives where third parties are publically vilifying and with other employers about whether to allow employees to carry arms at work. And we’ve talked with a near countless number of employers about “Surviving Active Shooter Training.”

Today’s tragic Kansas shooting will increase the demand for improved strategies to protect our workers, but several points occurred to me;

1. Yes, the sheer number of recent mass shootings demands employer response but mass shootings are not our main workplace security concerns. These incidents are, however, a business destroying event, and even if rare, must be planned against.

2. Everyday risks due to estranged couples, muggers, robbers, and sexual assailants cause me more concern and statistically are bigger worries. A shooting is nightmarish but an employee being assaulted is also bad. Check these outstanding Infographics from HR Daily Advisor Illustrating Workplace Violence Areas.

3. Society doesn’t (yet) have great solutions and we’re all repeating formulaic solutions and responses. Every worker ought to at least view the DHS “Run, Hide, Fight” videos about surviving an active shooter, but we also have to evaluate our workplaces for hazards as we would for any safety hazard and devise solutions.

4. We must develop training for specific work settings and for general situational awareness.

5. Employers need to evaluate not only their fixed sites but the safety concerns posed by deliveries, home health providers, and realtors alone in offices, retail workers, and travelling employees.

Here’s a few initial observations and we’ll discuss these issues further in a two-part webinar series on March 29, 2016 and April 14, 2016.

The facts we know so far about the Kansas shooting are instructive ….

• He shot up his workplace, but his rampage started elsewhere and may have been triggered by being served with a Temporary restraining Order based upon allegations of abuse by a girlfriend. From an AP Story:

…. the woman, whose name is not being published, wrote that she and Ford were living together but broke up. He was moving out.

She wrote that on Feb. 5, she and Ford “were verbally fighting” when “it became physical by him pushing me and then grabbing me.”

“He placed me in a chokehold from behind,” she wrote, saying that she couldn’t breathe. “He then got me to ground while choking me-finally releasing me.”

The woman describes Ford as an “alcoholic,” “violent” and “depressed,” according to the order of protection from abuse.

• Employers don’t want to become involved with employee’s domestic disputes, but what about when the person is physically violent with their spouse or girlfriend … or makes threats?

Walton said Ford, 38, a Newton resident, was served with the order about 90 minutes before the first shooting, at about 3:30 p.m.

“It’s normal when someone gets served a protection of abuse order” to be upset, Walton said this morning, explaining that Ford’s behavior wasn’t abnormal when he was served.

• Maybe employers need to require or encourage employees to advise them when they are involved in a domestic or other dispute where violence may be a risk. Does obtaining a TRO trigger such a response? Maybe so.

• If an employer does ask employees to alert them to potential workplace violence concerns which could spill over to the workplace, the employer is taking on some level of duty toward the employee, coworkers and the public, depending on the facts.

• OSHA is serious about issuing 5(a)(1) General Duty citations, especially in certain settings, such as hospitals. Check OSHA’s Workplace Violence page and their Press Release, Healthcare Violence Page and Guidance about Inspecting Hospitals, especially for ergonomic and workplace violence issues.

• From an OSHA defense position, when challenging OSHA’s issuance of a 5(a)(1) citation, it’s harder for OSHA to cite your efforts as inadequate than to cite you for having taken few concrete steps.

February 26’s tragic Kansas workplace shooting further raised the anxiety of employers, employees and OSHA about workplace violence. Numerous companies have hired consultants to perform Active Shooter Training. This is a good step but mass shootings are not the most common workplace violence situations. Join Howard Mavity and Travis Vance for two panel discussions featuring F & P attorneys, security providers, law enforcement and other professionals as we discuss a wide range of issues, including Evaluating Your Workplace, Protecting Isolated Workers or Employees at Customer sites, OSHA’s Emphasis efforts on Workplace Violence and especially on Hospitals, Executive Protection, and dealing with the angry employee.

3 Reasons Why the Hospitality Industry Should Address Domestic Violence July 29, 2013
Social Media and Trade Secrets July 29, 2013
Is There an Intern in Your Future? September 12, 2013 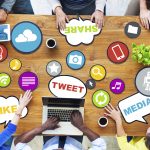 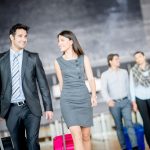