What the Traveler Thinks: Track Me, It’s OK

What the Traveler Thinks: Track Me, It’s OK

Who’s responsible for business traveler well-being, and what tactics should companies use to monitor employees while they’re traveling for business?BTN surveyed 210 managed business travelers who took at least four trips, each one including a flight and at least one hotel night, in the past 12 months.

47% believe their company is entirely responsible for their well-being while on a business trip.

Slicing the data by travel frequency brought starker differences to the surface. Travelers hitting the road 12 or more times a year levied much more responsibility on their companies. More than 64 percent of frequent travelers said their company was entirely responsible for their well-being, and 29 percent said the company was “very responsible.”

94% would opt in for GPS tracking of their mobile device if traveling to a high-risk market.

Defining a high-risk market has become increasingly difficult, but where travelers perceive an increased risk, the vast majority would sign up for GPS tracking of their whereabouts. The result is curious, given the fact that 20 percent of respondents cited GPS tracking as “not appropriate” in general, even in high-risk markets. GPS tracking may seem invasive in concept, but the option becomes more attractive put into the context of a specific trip.

Given their declared reliance on their companies for their well-being, frequent travelers were the least squeamish about all suggested traveler-tracking strategies. Two-thirds said GPS tracking was fine for “all trips,” compared with just 45 percent of total respondents. Two-thirds of all respondents were comfortable with employers mining itinerary data for all trips; compare that with more than three-quarters of frequent travelers who assume their employer should be scanning itinerary data for all trips. Nearly all respondents were comfortable with drilling into itineraries for high-risk trips.

Overall numbers were similar for monitoring credit card data for the last place the traveler charged an expense; 69 percent were open to those queries. Frequent travelers fell in line with the group on this count.

49% of travelers feel less safe on business trips than they did 12 months ago. 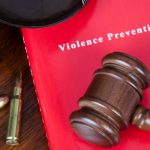 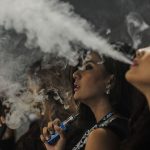