Businesses can control many factors on their property, but they cannot control the weather or alter the laws of physics. Water freezes at 32°F. Ice is slippery. Everybody knows the basic facts of the physical properties of water and ice.

Among attorneys, there’s another equally well-known fact: Whenever a plaintiff slips and falls on ice—whether it is in a parking lot, a sidewalk, near a spigot or fountain or anywhere else—she will almost always argue that the defendant should have known of the condition because it was foreseeable that water would turn to ice and create a slip hazard. The Fourth Circuit Court of Appeals, however, has just ruled that knowing water freezes is not enough to establish foreseeability.

In the case of Thomas v. Omni Hotels, 2018 U.S. App. LEXIS 21459 *; 2018 WL 3689248 (4th Cir. August 2, 2018), an Omni Hotel guest slipped and fell on a 22° Fahrenheit day after ice had formed on the floor near a semi-enclosed fountain. The Plaintiff argued that the ice must have formed from water blown out of the fountain by the wind. At the trial court level, the US District Court granted defendant’s summary judgment motion, and held that the Plaintiff had failed to create a genuine dispute of material fact as to whether Omni had actual or constructive notice of icy conditions or water escaping from the fountain. On appeal, the Fourth Circuit affirmed the District Court’s dismissal. Despite the higher duty of care placed upon an innkeeper, Virginia law still required the Plaintiff to show actual or constructive knowledge of the unsafe condition.

Despite the lack of those facts, Plaintiff argued that the cold temperature and existence of icicles on the fountain were sufficient to show constructive knowledge. The 4 th Circuit disagreed, holding that, “[t]hese facts certainly demonstrate the conditions upon which ice could form generally, but they are not sufficient to impose actual or constructive notice to Omni that ice would form on the walkway beside the fountain that morning when neither ice nor standing or escaping water had previously been observed in that location” Id. at 7 (emphasis added). Thus, knowing that water freezes at 32° does not mean that the defendant knew that ice had formed at the specific spot where plaintiff had fallen.

The Plaintiff then argued that, due to the time it takes for ice to form, a jury could infer that the ice existed for sufficient time, such that Omni should have known it was there. Again the Court disagreed, stating the “[a]ppearence of an item cannot be used to infer that it had been on the floor long enough” to create constructive notice.” Id. (citing Powers v Wal-Mart, Inc., 2006 US Dist. Lexis 74009 (W.D. Va. 2006). Thus, other than the fact that ice was present, there was no evidence as to when the ice formed. This was insufficient to demonstrate constructive knowledge.

Finally, Plaintiff argued that the danger had been foreseeable because Omni created the dangerous condition by deciding to place the fountain near the cold elements. Under the “genesis doctrine,” a business is liable for injuries caused by foreseeable dangers it creates. The Court, however, rejected this argument. It held that there was no evidence showing what had caused the icy conditions near the fountain that morning. Moreover, there was no evidence that Omni created the icy buildup by placing the fountain in a partially covered area or by failing to turn off the water. Given this—along with the fact that there had never been any prior complaints about water freezing near the fountain and the fact that no Omni employees knew of any prior instances where splashing, condensation, or moisture buildup occurred—there was no evidence as to how the ice would have been foreseeable. Accordingly, the Court found no evidence that Omni actively caused the icy conditions on the floor.

Having lawyers who understand the latest opinions and who can effectively respond to arguments on foreseeability, creation of condition or some other creative twist is critical for managing a company’s risk. KPMLAW is ready to answer any questions you may have about this case or any others.

Brian has been an invaluable member of the KPM LAW team since 1994, his commitment having helped solidify and expand the foundation of KPM LAW’s regional defense network. Brian primarily focuses his practice on the defense of Fortune 500 companies that operate under large self-insured retentions. With bar licenses in four jurisdictions, he has built a dedicated team and developed an efficient system that allows him to aggressively defend all matters in a regional practice that covers the entire mid-Atlantic region. As Brian’s practice became more focused on Retail and Restaurant litigation, it became evident to him that the Plaintiff’s bar was more organized in sharing its resources, and so in 2006 – 2007, Brian co-founded the National Retail and Restaurant Defense Association (NRRDA) to promote the education and communication channels of industry leaders and counsel. Brian was elected to serve two terms as the association’s first president. Under Brian’s leadership, NRRDA continued to grow. Today, NRRDA boasts over 600 members and is seen as a leader in the Retail and Restaurant sector. As a testament to his leadership and litigation abilities, Brian is the only Virginia attorney selected to be a member of IALDA, a defense network dedicated to the defense of the Amusements and Leisure industry. Today Brian’s practice focuses on civil litigation with specialty in Retail, Restaurant, Amusement, and other commercial and SIR clients, including Public Utilities, Aviation-related, and Construction Companies.

Hotels Fight Back Against Sites Like Expedia and Priceline September 3, 2015
Texas’ open carry law: 3 steps hotels should take before the New Year November 25, 2015
What Do Hotel Execs Really Think Of Airbnb? December 7, 2015 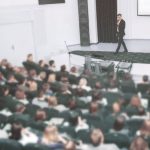 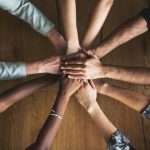