The criminals were good. They almost got away with the most elaborate data breach and identity theft scam I’d seen in all my years as an FBI agent and hotel security director.

The victim was a nationally branded hotel in Annapolis, Maryland. A gang of thieves from Baltimore infiltrated the hotel in 2004. An associate had applied for a front desk position, got it, and soon had access to the guest and accounting system.

The gang incorporated several businesses and opened bank accounts using previously stolen identities. They chose a bank based in New Mexico, certain that no one would fly 2,000 miles to check on a fake mailing address. Over the course of a few weeks, the group charged $850,000 to credit cards lifted from the hotel’s accounting records. Charges ranged from $10,000 to $18,000 each.

When an out-of-state guest noticed the charge and told authorities of his only time in Maryland and where he stayed, the fraud was linked back to the hotel. Soon the front desk had a storm of phone calls to contend with. Local police arrived to interview the employees, and then the Secret Service took over.

Eventually, four criminals from Baltimore were identified and prosecuted. But with every victim, official and media inquiry, the general manager and his staff had to review the entire case—what had happened, what were the next steps. It was a logistical nightmare.

About 50 people had their credit cards defrauded. The hotel staff spent months on the phone giving interviews and processing paperwork.

When all was said and done, almost a year after the attack, they had learned a few hard lessons:

Finally, consider an identity theft and data breach protection service. All those phone calls, all those police interviews, all that paperwork, could have been outsourced to a reputable company that’s handled it all before. Services range from alerting customers of a breach, to dealing with law enforcement. The result is peace of mind.

1199 views at time of republishing 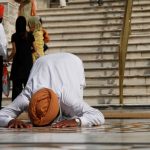 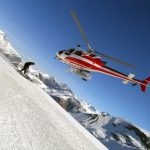