4 Tips for Travelers in Muslim Countries

4 Tips for Travelers in Muslim Countries

Every culture has unique mores and traditions. Travel to a foreign country unaware of these nuances, and you risk inadvertently insulting and/or offending the locals with a word or action that may seem completely innocuous to you. While Islam is the dominant religion in dozens of countries across three distinct continents, most Muslims collectively regard certain behaviors as offensive or even taboo. Here are four crucial tips for travelers in Muslim countries:

1. Don’t cross your legs while sitting in public. Muslims consider the shoe dirty because it makes contact with the ground. Crossing your legs in public, especially while talking to someone, can be seen as very rude if the bottom of your shoe is visible to others.

2. Avoid public displays of affection. Some Muslim countries merely frown upon this behavior; others, like Dubai and Saudi Arabia, have been known to actually incarcerate Westerners for hugging, kissing, and dancing in public.

3. Always accept offerings of tea or coffee. Tradition-minded Muslim hosts almost always offer guests either tea or coffee. While it won’t necessarily be seen as rude if you decline, a gracious guest typically accepts what a host offers.

4. Don’t eat in public during Ramadan. Not only will this act offend all Muslims who witness it—after all, they are currently fasting from dawn until dusk—it can also get you expelled from the country. Some countries like Morocco punish only Muslims who fail to observe Ramadan, while places like Saudi Arabia will castigate Muslims and non-Muslims alike.

Please keep in mind that these tips apply to varying degrees in different countries, depending primarily upon local customs and laws. Some Muslim countries are very traditional, while others have adopted or at least tolerate modern Western behaviors. Know the unique peccadillos of the culture you’re about to enter and stay safe.

Originally published on Tuesday, September 24, 2013
1153 views at time of republishing 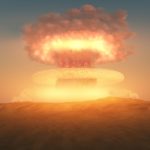 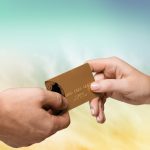