Although the music played in hotel guest rooms does not require a music license, a license might be needed when music is played in the public areas of hotels, such as lobbies, bars, fitness centers, etc. This is because under U.S. copyright law, songwriters, composers and music publishers own the music they create and must give their permission before a business can play it publicly. For those not familiar with this law, details of a business operator’s music licensing responsibilities are outlined at the Better Business Bureau’s website.

What types of music used in the public areas of a hotel always need a license?

In addition, radios in public areas must be licensed under any of the following conditions:

For TVs used in public areas, a license is needed under any of the following conditions:

Fortunately, hotels don’t have to negotiate individual licenses with each songwriter, composer or publisher of the music they play. BMI grants permission, through one music license, to publicly play approximately half of all the music played in the U.S., with other performing rights organizations licensing the rest. The average annual BMI fee for a select-service hotel is $650. To cover your use of BMI music only, the fee structures are based on the type of music played:

For hotels with more than 100 rooms, please refer to BMI’s hotel license at www.bmi.com/hotel and conveniently stay in compliance with copyright law to play any of the more than 8.5 million musical works that BMI represents.

Originally published on Tuesday, September 23, 2014
1866 views at time of republishing

BMI was founded in 1939 by forward-thinkers who wanted to represent songwriters in emerging genres, like jazz, blues and country, and protect the public performances of their music. Operating on a non-profit-making basis, BMI is now the largest music rights organization in the U.S. and is still nurturing new talent and new music. BMI is the bridge between songwriters and the businesses and organizations that want to play their music publicly. As a global leader in music rights management, BMI serves as an advocate for the value of music, representing more than 8.5 million musical works created and owned by more than 600,000 songwriters, composers and music publishers. 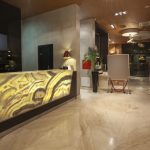 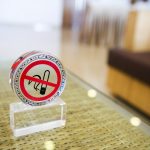