New Jersey recently enacted legislation that requires hotels with at least 100 guest rooms to provide panic devices to certain employees. The purpose of the Panic Device Law is to protect hotel employees, often required to clean and cater to rooms on their own, from sexual assault, sexual harassment, and other unsafe working conditions. It also intended to empower hotel employees who may have previously felt helpless and reluctant to report inappropriate conduct due to concerns of retaliation from their employers.

While New Jersey is the first state to enact such a law, which will go into effect in January 2020, it follows a growing trend in cities throughout the country – particularly in Chicago, Miami, Sacramento, and Seattle – that have seen the passage of ordinances requiring panic devices for certain hotel employees, among other protections. Other cities, such as Las Vegas and New York City, have seen the introduction of panic devices in the wake of union negotiations. The introduction of panic devices will likely go beyond major metropolitan areas, however, as executives at some of the largest hotels have reportedly revealed their plans to provide panic buttons to their employees across the country by 2020.

If you have operations in New Jersey, you need to immediately familiarize yourself with this new law and take compliance steps. And if you don’t have operations in the state or one of the other areas with such a law, you should still be aware of this trend, as it not only presents some concepts for best practices in a hotel setting, but may soon arrive in your own area.

The New Jersey Panic Device Law defines hotel to include not just hotels, but also inns, boarding houses, motels, and other similar establishments that offer and accept payment in exchange for rooms, sleeping accommodations, or board and lodging and that retain rights of access and control over their premises. Regardless of the type of “hotel,” the establishment must also have at least 100 guest rooms in order to be subject to the Panic Device Law. If your business has fewer than 100 guest rooms, compliance with the Panic Device Law is unnecessary.

The definition of an employer is as broad or broader and includes any person, including corporate officers and executives, who directly, through an agent, or another person (e.g., a staffing agency) employs or exercises control over a hotel employee’s wages, hours, or working conditions. Awareness of and compliance with the Panic Device Law is thus essential by directors, managers, supervisors, and anyone else who may exercise sufficient control over hotel employees.

Provision And Use Of Panic Devices

Employers of covered hotels must provide employees that work in a guest room by themselves with a panic device. Employers are prohibited from charging employees for the panic device and must purchase and furnish them at their expense. The Panic Device Law defines a panic device as a two-way radio or other electronic device that can be used by the employee to call for immediate assistance from a security officer, manager, supervisor, or other appropriate person.

Employees are permitted to use their panic device whenever they believe there is ongoing crime, an immediate threat of assault or harassment, or some other emergency in their presence warranting the use of their panic device. Once used, employees may stop their work and leave the area for safety and assistance.

Employers’ Duties When A Panic Device Is Used

Employers are forbidden from taking adverse action against an employee for using a panic device. After a panic device is used, aside from promptly responding to the call, employers must also:

Covered hotels must also inform their guests about panic devices in one of two ways. They may either require guests to acknowledge a panic device policy as part of the terms and conditions of checking into a hotel, or they may prominently place a sign on the interior side of guest room doors, in large font, detailing their panic device policy and the rights of their employees.

Hotel employers who fail to provide panic devices or respond as required when a panic device is activated are subject to fines of $5,000 for the first violation and $10,000 for each subsequent violation. The fines are recoverable by the Commissioner of the New Jersey Department of Labor and Workforce Development.

Next Steps For Employers

Covered hotel employers in New Jersey that are not governed by a collective bargaining agreement should begin taking steps to comply with the Panic Device Law and watch for regulations promulgated by the Commissioner, particularly since the Panic Device Law grants the Commissioner with the authority to develop regulations to facilitate its implementation.

Hotel employers outside of New Jersey and cities with similar ordinances should be on the lookout for the adoption of similar panic device measures in their localities—or for their inclusion in collective bargaining agreements, if they are not there already. The more widespread introduction of panic devices seems all the more probable in the #MeToo era. 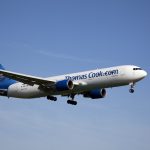 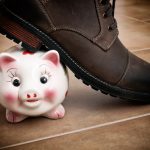