Popular Hotel in Somalia Is Bombed by Militants

Popular Hotel in Somalia Is Bombed by Militants

By MOHAMMED IBRAHIM and JEFFREY GETTLEMAN

MOGADISHU, Somalia — Islamist militants stormed a popular hotel in the heart of Mogadishu, Somalia’s capital, on Sunday, blowing up the front gate with a car bomb, shooting guests and hotel workers, and then battling with security forces from the hotel’s rooftop for several hours.

Somali government officials said at least 14 people at the Sahafi Hotel were killed in the attack, which was immediately — and gleefully — claimed by the Shabab militant group.

If there is one hotel everyone knows in Mogadishu, it is the Sahafi. Warlords and militants alike used to hang out and plot schemes in the lounge and courtyard while sipping grapefruit juice and pulling apart camel meat steaks.

Sahafi means journalist in Arabic, and for years the hotel has served as the gateway to one of the world’s most dangerous countries for foreign journalists, aid workers and the rare brave businessman. Even in the hardest times, the staff managed to provide clean rooms and good food. Lobster was one of the house specialties, served alongside mountains of French fries. Recently, the hotel was a popular rendezvous spot for officials from Somalia’s fledgling government.

Around dawn on Sunday, witnesses said, a car rammed into the Sahafi’s front gate and immediately exploded. Several Shabab fighters then scrambled into the hotel, shooting guests. A second car bomb exploded two hours later, wounding several journalists and other people who had rushed to the hotel, located at a busy traffic circle in central Mogadishu, to see what had happened. One young journalist, Mustaf Abdinur Safaana, a freelance TV cameraman, was killed.

Among the other dead, witnesses said, were a Somali lawmaker, a Somali Army general and the hotel’s owner, Abdirashid Ilgayte, who used to welcome guests into his office just off the hotel’s entrance and regale them with stories of violence and intrigue from Somalia’s darkest days.

“The Shabab fighters seized the hotel and controlled it for several hours,” said Mohamed Ali, a taxi driver who was outside the Sahafi while the fighting was going on.

The Shabab remain a potent force in Somalia. They have lost many fighters and much of their territory, pushed out by a coalition of troops from neighboring African countries. But they are still highly dangerous and considered one of Al Qaeda’s most murderous offshoots. They seemed to have perfected mass murder on the cheap, including an attack on a university in Kenya in April in which four young Shabab gunmen killed more than 140 people.

Multipronged attacks on hotels have become one of the hallmarks of the Shabab, who have killed scores in Mogadishu in recent years by overwhelming security guards at the gates and then sending in suicidal fighters. The Shabab have vowed to turn Somalia into a pure Islamic state; most of their victims have been Somali Muslims.

Photographs taken by bystanders on Sunday showed a huge hole punched through the Sahafi’s third floor, along with streams of black smoke uncoiling into the sky. Rubble was scattered for blocks. Witnesses said several members of the hotel staff had been hiding in locked rooms, calling for help, as Shabab fighters stalked the smoke filled corridors, looking for more victims.

By 11 a.m., African Union troops in Somalia, along with government forces, overpowered the attackers and shot them dead. Somali government officials said there were seven attackers.

Mogadishu may be safer than it used to be, but it is still not safe. The Shabab once controlled much of the city, bullwhipping women and terrorizing the population by enforcing a harsh version of Islamic law. But even after being pushed out by African Union troops, Shabab fighters have shown they can strike anywhere at any time.

Somalia’s government tried to play down some of the concerns stirred up by the attack. President Hassan Sheikh Mohamud of Somalia said on Sunday, “We want to confirm that such terrorist acts does not mean Shabab’s revival, but in the contrary shows clear signs that they are in desperate situation.” 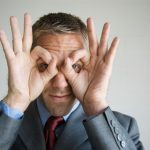 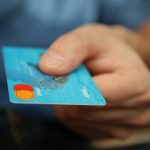