If you have gone through airport security recently, you’ve probably seen these signs posted:Phase 4 of the Real ID act goes into full effect on January 22, 2018, requiring that travelers present a Real ID compliant form of identification when boarding domestic flights. At this point, the majority of state IDs and drivers licenses are compliant or have received extensions from the federal government. If your ID is from those states then you’ll have nothing to worry about in January. There are some states, however, that are not yet compliant. If your state is on that list, you might want to start thinking about getting a passport or another form of Real ID compliant identification now.

Residents of some states will be required to have a valid passport or other form of Real ID compliant identification to board a domestic flight unless their state becomes compliant and issues new IDs first.  This information changes often, so please refer to the Department of Homeland Security’s Real ID Enforcement page for the most up-to-date information on state compliance.

Residents of ALL US states and territories – whether they’ve received an extension or not – will be required to have a Real ID-compliant license.

What is the Real ID Act?

You may or may not have heard of the Real ID Act. Congress passed it back in 2005 per the recommendation of the 9/11 Commission and this is what the U.S. Department of Homeland Security tells us it’s all about:

Many of the initial phases, which require Real ID approved identification to access secured federal facilities and military bases, have already gone into effect. The final phase of this initiative, phase 4, is underway now. It says that “a driver’s license or identification card from a non-compliant state may only be used in conjunction with a second compliant form of ID for boarding federally regulated commercial aircraft.”

Here are some additional links with more information on the Real ID Act and how it will be enforced:

This article was originally published by Travel & Transport on October 12, 2017. To view the original article, click here. 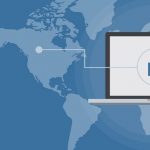 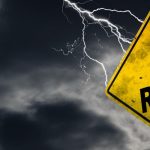