Repeat Offenders: Commonly Cited OSHA Standards in the Hospitality Industry & How to Avoid Them

Repeat Offenders: Commonly Cited OSHA Standards in the Hospitality Industry & How to Avoid Them

The law has always been clear that there is no statutory limitation on the length of time that a prior OSHA citation may serve as the basis for a Repeat violation. OSHA historically looked back only three years for past violations, but the Obama Administration extended it to five years. However, the look back period is merely a policy that OSHA does, from time to time, ignore when it suits its agenda. Indeed, the language in the Field Operations Manual, regardless of the stated time period has always qualified that it is not a rigid deadline:

Although there are no statutory limitations on the length of time that a prior citation was issued as a basis for a repeated violation, the following policy shall generally be followed.

Extending the look back period policy was just one of several actions OSHA took early during the Obama Administration to deliberately seek and cite more Repeat violations. David Michaels, Obama’s Assistant Sec’y of Labor for OSHA, complained frequently that OSHA’s enforcement teeth were not sharp enough. Without being able to change OSHA’s civil penalty authority, OSHA changed numerous policies and practices with the specific intent to find and cite more Repeat violations, because Repeat violations carried 10 times higher penalties than Serious and Other-than-Serious violations. In other words, finding ways to characterize more violations as Repeat was a way to raise OSHA penalties without being granted any new authority from Congress—so that is precisely what OSHA did.

In addition to expanding the look-back period to 5 years, the Obama Administration’s OSHA also broke down barriers between individual establishments, so that a violation at one location of a multi-establishment company could be used as the basis for a Repeat violation at any other location in fed OSHA state within that organization. OSHA also became more proactive in how it selected targets for inspections, which made it more likely for an employer to be visited multiple times during the look-back period.

That trend continued even after Congress gave OSHA new penalty authority, increasing the max price tag for a Repeat violation from $70,000 per violation to approx. $130,000. As a result, we are seeing more $100K+ and $1M+ OSHA enforcement actions than ever before.

In light of OSHA’s Repeat violation philosophy, particularly in the context of the Second Circuit’s ruling in the Triumph case, employers need to be extra vigilant in defending against initial citations if the cited standard presents a risk of future Repeat violations, even if the initial penalty is very low. Paying the fine for a Serious or Other-than-Serious citation today may seem like no big deal if it carries a relatively small fine, but if can easily lead to a Repeat citation in three or four years (or eight years now that OSHA knows its look-back period is unlimited) could turn that initial violation into a costly burden.

Employers also need to understand the numerous other ways that Repeat violations can harm employers beyond just the 10x higher penalties. First, even under the Trump Administration, OSHA is continuing to issue inflammatory and embarrassing press releases about OSHA citations in significant cases, which includes most enforcement actions involving Repeat violations. So reputational harm can come to an employer just for being alleged to have committed a Repeat violation. Worse still is falling into the dreaded Severe Violator Enforcement Program (SVEP). The qualifying criteria for SVEP include Repeat and Willful violations in certain categories, but the data shows the vast majority of employers “sentenced” to SVEP are there because of Repeat violations.

Even more reason to fight the initial violation, regardless how low that initial penalty may be.

Finally, a Repeat citation could increase insurance premiums and disqualify contractors and subcontractors from government and private contracts. There are potentially costly consequences for accepting a citation that has a high potential to become a Repeat citation. Therefore, employers should strongly consider contesting OSHA citations if a settlement cannot be reached that mitigates the risk of future Repeat violations.

Contesting a citation, however, is a post-hoc solution. The best way to avoid a Repeat citation is to understand the hazards most commonly found in your workplace, develop a program to regularly inspect for and correct them, and track your efforts to comply the applicable requirements.

State Plan States
States that operate their own Occupational Safety and Health Plans are required to adopt maximum penalty levels that are at least as effective as Federal OSHA’s.

Aaron R. Gelb is a partner in Conn Maciel Carey’s Chicago office. He specializes in labor and employment, and OSHA litigation. Mr. Gelb represents employers in all aspects of the employer-employee relationship. He has extensive experience litigating equal employment opportunity matters in federal and state courts having tried a number of cases to verdict and defending employers before the EEOC as well as fair employment agencies across the country; in the past 5 years alone, Aaron has successfully handled more than 250 discrimination charges. Aaron also has a particular emphasis on advising and representing clients in relation to inspections, investigations, and enforcement actions involving federal OSHA and state OSH programs, and managing a full range of litigation against OSHA.

Revisit Food Allergies and Accommodations for Guests and Employees October 29, 2014
Would You Drop to the Floor If Shooting Broke Out In Your Workplace? September 14, 2015
Trojan Horse In The 2015 Budget Agreement: OSHA Can (And Undoubtedly Will) Raise Penalties By 82 Percent November 22, 2015 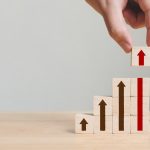 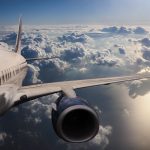