“A modest tempering of enthusiasm for development, performance, and the near future of the U.S. hotel industry was prevalent among delegates at the 2016 ALIS conference in Los Angeles, which traditionally sets the tone for the present year of lodging news and forecasts. Forecasts call for a continuing rise in hotel RevPAR and NOI; however, falling oil prices and the decline in REIT stock prices fed into a balance of cautious optimism at the conference. The rise of the U.S. dollar and its impact on foreign travel was at the forefront of many discussions; while gateway markets are being affected, secondary hotel markets are benefiting from the lower cost of gas. Mixed-use developments that integrate hotel components are on the rise. Tighter restrictions on CMBS loans are making large transactions more challenging. Financing for new hotel development remains available, but will likely undergo stricter underwriting.”

Economic Outlook
The prosperity of the U.S. hotel industry depends on the overall health of the economy, which had been gaining strength since the most recent downturn, but is now facing some headwinds. Todd G. Buchholz, former White House Director of Economic Policy, highlighted key factors that have aided in the recovery of the U.S. economy, along with factors that may temper this recovery in the near term.

Significant CMBS Loan Maturities in 2016/17
Over $200 billion in CMBS (Commercial Mortgage Backed Securities) loans were underwritten in 2006/07, and these will be coming due in 2016/17. Hence, the next twelve to eighteen months will be the most dynamic financing period the industry has ever experienced.

Lenders Increasing Due Diligence
Tightening of CMBS loans due diligence has led to less liquidity in the securitized market. However, as with previous cycles, non-CMBS lenders are receptive to financing opportunities, as they are equipped to react to changing environments. Of course, bank loans depend on strong due diligence, including considerations of LTVs, interest rates, and sponsorship attributes. Several panelists mentioned that while a sponsor’s net worth matters a good deal, the sponsor’s experience and the historical performance of his or her assets are being reviewed more closely relative to 2010/11 lending practices.

Cap Rates Rising
The Industry Real Estate Financing Advisory Council (IREFAC) panel at ALIS gave insight into current investment market conditions and the outlook for the rest of 2016. The consensus was that cap rates would rise 25 to 50 bps due to the volatility of the capital markets and the slowing of hotel RevPAR and NOI growth. Hotel prices are expected to remain flat or decline up to 7% in some markets, depending on how much the rise in RevPAR and NOI offsets the increase in capitalization rates.

International Travel to U.S. Falls in 2015, Creating a Shift in Focus for Hoteliers
The strengthening of the U.S. dollar over the last year has brought a boost in domestic travel. The exchange rate, however, is unfavorable to foreign travelers; thus, it has begun to negatively affect gateway markets in the U.S. The cost of a trip to the United States for some international visitors has risen up to 30%, causing non-essential trips to be postponed. This was
among the reasons for the modest decline in average rate and RevPAR in New York City in 2015.

Hotel Transactions Market to Temper in 2016
Coming off a record year in 2015, hotel transaction activity is expected to decline overall in 2016. Brokers have already been active this year, making numerous listings available on the market. However, the responses from potential buyers have been so far subdued compared with the frothy investment atmosphere of 2015. Various investors at the ALIS conference
reported plans to wrap up existing deals in the first quarter 2016 and reassess the investment market again beginning in the second or third quarters of the year.

Mixed-Use Hotel Development Trends
The U.S. is experiencing a rise in the number of mixed-use developments that include a hotel component. One reason is that these projects create local urban centers, which is an appeal to developers and city planners seeking to attract retail, entertainment, and lodging demand. Some hotels that belong to a mixed-use development lease the restaurant and lounge to
celebrity chefs, attracting condominium residents and boosting the value of the hotel; meanwhile, guests pay for experiences and convenience to stay in the urban center. In a time when all possible sources of revenue are being exploited, creative mixed-use developments allow for new and wider streams of income for hoteliers.

Closing Thoughts
Overall, presentations and discussions at ALIS reflected the optimism that the U.S. hotel industry has generated over almost half a decade of record growth. Perspectives from different positions in the industry, however, varied significantly. With the decline in REIT values, a rise in interest rates, and a slowdown in CMBS lending, many investors were cautious,
anticipating at least a pause in growth or a modest correction or reset in the near term. On the other hand, representatives of hotel brands and developers remained optimistic. For the most part, small- to mid-sized deals have not yet suffered any of the negative impacts of the current market volatility, and financing for development remains available. Market participants hope that the current market volatility is a short-term correction and that the industry’s positive course continues in 2016. 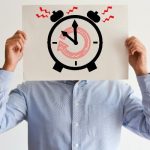 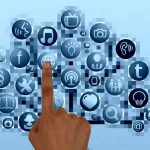