The JOBS Act: Potential Impact on the Sale of Hotel Condominium Units

The JOBS Act: Potential Impact on the Sale of Hotel Condominium Units

Changes in federal securities laws—namely,  the loosening of rules on solicitation and advertising—may have opened up a new vista for investors and speculators, such that the sale of hotel condominium units could become both more profitable and more common.  What follows are details of these changes and their expected impact.

As a result of a change in the federal securities laws set forth in the federal Jumpstart Our Business Startups Act (the “JOBS Act”), on September 23, 2013 new rules adopted by the Securities and Exchange Commission (the “SEC”) took effect that:

The new rules have the potential to change significantly the manner in which private placements are conducted.  Specifically, we believe that the sale of hotel condominium units (with or without rental pools), as well as other types of real estate securities, will increase significantly as a result of these changes.  We expect that market practices and procedures will continue to develop and evolve over time.

As a result, hotel developers have attempted to utilize arrangements based on SEC guidance that would not cause the sale of hotel condominium units to be considered securities.  A 1973 release by the SEC addressed the “uncertainty about whether offers of condominium and other types of similar units may be considered to be securities” (the “Condominium Release”).  In the Condominium Release, the SEC found that offers and sales of condominium units would constitute an offering of securities, in the form of an investment contract, if the condominiums were: (1) sold with an emphasis on the economic benefits to the purchaser to be derived from the managerial efforts of the promoter, or a third party rental of the unit; (2) include participation in a rental pool arrangement; or (3) require that the purchaser must hold the unit available for rental for any part of the year, must use an exclusive rental agent or is otherwise materially restricted from the occupancy or rental of the unit.  In 2002, the SEC issued a no-action letter to Intrawest Corporation, concerning the “offer and sale of condominium units . . . coupled with an offer or agreement to perform or arrange certain rental or other services for the purchaser.”  The SEC stated that Intrawest’s sales and rental model did not constitute a security because the promotion and sale of the units did not emphasize any economic benefit to the purchaser derived from managerial efforts or rentals.  Intrawest represented that: (a) under no circumstances would purchasers be led to believe that they would profit from unit ownership except for property value appreciation; (b) the rental management company would only provide information in response to specific questions from the purchaser; (c) Intrawest’s rental management program would be completely separate from the Intrawest sales program; (d) sales representatives would not receive additional compensation for unit sales tied to rental management agreements; and (e) Intrawest would not discuss the terms of any rental management agreements until a purchase and sale had been executed.   The Intrawest guidelines have become the “gold standard” for sales of hotel condominium units.

While these guidelines have been generally adopted by sellers of hotel condominium units, complete adherence has proved difficult and cumbersome.  For example, it is impractical for most sellers to restrict discussions of rental management agreements until after the units are sold, since many purchasers want to understand the economics of the rental management arrangements prior to entering into binding purchase contracts.  Many developers have met this concern by discussing rental management agreements prior to execution of a binding sales contract, but requiring that these discussions take place in a separate office with different non-commission sales people who may not be employed by the developer/seller.  Whether such practices are sufficient to avoid the sale of hotel condominium units from being deemed to be the sale of securities has not yet been adjudicated by the courts or the SEC.

In addition, developers of hotels have also been faced with questions as to whether certain structures that make it more difficult for buyers to opt out of seller formed rental management  agreements, or harsh restrictions against owner occupancy, would cause a court to deem that it was in effect mandatory for a buyer to enter into a rental management agreement.  Rogue brokers or real estate sales persons can also cause problems for sellers by making improper statements such as “this is a great investment.”

Further, because hotel condominium units cannot be encumbered by rental restriction covenants running with the units at the time of original sale, there is no assurance that resale purchasers will enter into rental management agreements.   The ability of original and resale purchasers to opt out of rental management systems causes uncertainty for many hotel owners with respect to the availability of rooms, and makes a hotel condominium regime even more difficult to implement in the context of hotels that desire to book large groups.   These issues naturally diminish the value of the hotel side of the property.

Even in those rare cases where a hotel owner/seller adheres perfectly to the Intrawest guidelines, the possibility of disaffected purchasers later making false allegations of improper sales practices remains.

The new rules eliminate the prohibition against general solicitation and advertising in private offerings made in reliance on Rule 506(c) (General Solicitation Exemption) or Rule 144A.  These new rules make it practical for hotel condominium unit owners to require mandatory rental management agreements and the pooling of expenses and revenue amongst units.  The amendments only change these rules-based safe-harbors; they do not affect offerings conducted under the statutory exemption under Section 4(a)(2) under the Securities Act or the private resale exemption under so-called Section 4(1½).

Regulation D is a long-standing and much-used exemption from the registration requirements of the Securities Act, which enabled issuers to sell unregistered securities to an unlimited number of accredited investors (i.e., investors who have a net worth in excess of $1 million or net income above $250,000 a year for an individual or $350,000 a year for a married couple) and a limited number of non-accredited investors, but prohibited advertising or any type of general solicitation.

The exemption from the registration requirements under the Securities Act afforded by Rule 506(c) under Regulation D now permits and issuer to use general solicitation and advertising to offer and sell securities, provided that

In the adopting release, the SEC stated that the “reasonable steps to verify” standard will be an objective determination by the issuer based on the SEC’s principle-based guidance.  Issuers should consider the facts and circumstances of the transaction, including, among other things, the following factors:

This information will help form the issuer’s reasonable belief that a potential purchaser is an accredited investor and will assist the issuer in determining which steps are reasonable to verify a purchaser’s status as an accredited investor.  The SEC provided a non-exclusive list of methods in the General Solicitation Exemption that issuers may use to satisfy the verification requirement for investors who are natural persons (such as the review of tax returns, bank statements, confirmation from a registered investment adviser, attorney or certified public accountant that such entity took reasonable steps to verify the purchaser’s accredited status).

An issuer will not lose its ability to rely on the General Solicitation Exemption for an offering if an investor purchased securities after providing false information or documentation, so long as the issuer took reasonable steps to verify the purchaser’s accredited status and the issuer had a reasonable belief that such purchaser was an accredited investor at the time the securities were sold.

The lifting of the ban on general solicitation and general advertising raises a number of potential state blue sky issues.

Second, the scope of the federal preemption that will apply to an offering under the General Solicitation Exemption does not currently extend to any potential broker-dealer registration issues under state securities laws.  That is, persons who solicit or find potential purchasers for an offering under the General Solicitation Exemption (including issuers) will need to assess the availability of state level exemptions from broker-dealer registration and qualification that require that the issuer not engage in general solicitation.  Action may be required in certain states, which may include New York, to align existing state securities laws or guidance with the amendments to Rule 506.  New York is one of the few states which require pre-offering clearance of an “Offering Plan” for Hotel Condominium units anywhere in the United States if the units are offered and sold in New York – including through the internet or other publications.

Offers and sales of securities are disqualified from relying on any of the exemptions set forth in Rule 506 if any of the issuer or other specified persons ( such as directors, executive officers and certain other specified officers of the issuer, certain large beneficial owners, underwriters and placement agents) have been convicted of, or are subject to court or administrative sanctions for, securities fraud or other similar violations relating to fraud.  These new disqualification events are set forth in paragraph (d) of Rule 506 and apply regardless of whether general solicitation or advertising are used.

While there may be little or no history yet of offering hotel condominium units under Rule 506(c), and while additional rules may be continue to be formulated by the SEC, it may still be safer and more practical to utilize Rule 506(c) at the present time rather than attempt to sell hotel condominium units in the conventional manner with the resulting (a) uncertainty of whether such practices will constitute the unlawful sale of securities, (b) the uncertainty of room availability, (c) inability of a seller to require mandatory rental management agreements, (d) prohibition against pooling of room expenses and revenues, and (e) potential loss of buyers who will demand to understand rental management options before purchasing a unit. 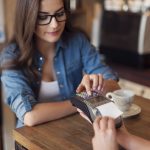 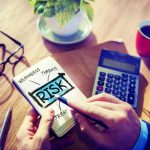