In a highly publicized dispute, the Supreme Court will [have heard] arguments this fall from advocates and opponents to ultimately determine whether federal law, in particular Title VII of the Civil Rights Act, protects transgender employees from discrimination based on their gender identity.1 Along with two other cases concerning the LGBTQ community, the Supreme Court will decide whether the owner of a funeral home violated the law when he fired a former funeral home employee, who informed her employer in 2013 that she struggled with a “gender identity disorder” and announced that she was a transgender woman and that she planned to start working in women’s clothing as opposed to the company’s male dress code of a suit and tie.2

The Supreme Court’s eventual decision will likely impact the employment rights of approximately 1.4 million individuals who identify as transgender in the United States.3 In a recent survey, transgender individuals reported several adverse consequences in their workplace, or in attempts to gain employment, as a result of their gender identity or gender expression, including:

Regardless of the Supreme Court’s ruling on whether Title VII protects transgender employees, the trend among many agencies and states is to provide protections for the transgender community. For instance, OSHA expressly states that “[a]ll employees, including transgender employees, should have access to restrooms that correspond to their gender identity.” 5 Citing its sanitation standard, OSHA requires employers “to allow employees prompt access to sanitary facilities”, which includes not placing “unreasonable restrictions on employee use of toilet facilities.”6 This means that employers must do more than provide a unisex bathroom for transgender employees.7

Three years ago, the issue of transgender rights with respect to bathrooms was front and center in North Carolina. Known as the bathroom bill, H.B. 2 required transgender people in government and public buildings to use bathrooms, changing rooms, and showers that corresponded with the gender on their birth certificate.8 A public outcry resulted from the passage of this bill, causing businesses and sporting events to avoid the state and litigation followed. Ultimately, a federal judge in North Carolina approved a settlement in July 2019 that prohibits the state government from banning transgender people from using bathrooms in state buildings that match their gender identity.9 Some states, like California, Oregon, and most recently New York, among others, have passed legislation protecting the rights of transgender individuals to use the bathroom associated with the gender for which they identify.10

In addition to public accommodation, there has been a public push by more than 20 states, as well as the District of Columbia, to institute protections for transgender employees with regard to their employment.11 The EEOC also has taken an aggressive approach to protecting the rights of transgender employees. First, the EEOC adopted its current Strategic Enforcement Plan (SEP) in December of 2012, which includes as a top EEOC enforcement priority “coverage of lesbian, gay, bisexual and transgender individuals under Title VII’s sex discrimination provisions, as they may apply”.12 In furtherance of this initiative, the Commission’s General Counsel formed an LGBT working group to provide advice and input to Agency litigators on developing litigation-related vehicles.13 Agency litigators have filed lawsuits, as well as amicus curiae briefs, in a number of courts addressing an array of LGBT discrimination-related issues.14

Yoora Pak has extensive experience handling complex employment-related litigation matters. In addition to her litigation practice, Yoora provides counseling to human resources staff and in-house counsel of diverse companies on various employment matters. Prior to her private practice, Yoora worked at the U.S. Department of Labor as a trial and appellate attorney, where she handled matters arising under the various statutes enforced by the DOL. Yoora also has extensive experience with fair housing litigation and counseling matters. She has property owners, managers, and boards of association in agency investigations and lawsuits asserting claims of discrimination under local, state and federal fair housing laws. Yoora also counsels clients on fair housing issues, such as FHEO training, disability assessments and compliance reviews. Yoora has a very genuine and effective way of establishing rapport with her clients and colleagues. Her openness and ability to grasp nuances help her move quickly from discovery to strategy in even the largest and most complex matters. 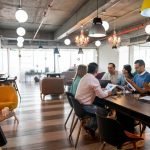 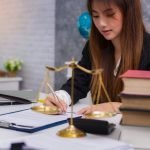