Venue Protection in an Asymmetric Environment

Venue Protection in an Asymmetric Environment

In the aftermath of the horrific shooting at the Mandalay Bay Resort in Las Vegas on October 1, hotel operators, cinema and restaurant managers as well as security personnel assigned to outdoor venues, have logically asked themselves how they can go about “hardening” the location. Specifically, what reliable measures can they take to make the venue and the public safer and more resilient to a mass shooting, bombing or other criminal or terrorist event? The implications of an attack on a soft target are huge, both in terms of human casualties and the emotional trauma that an attack causes.

We’ve been here before. We’ve had terrorist attacks or mass shootings involving aircraft, skyscrapers, military bases and houses of worship. Each event spurs honest conversation on enhancing security. But a successful attack on a soft target, like a school or hotel, incurs a level consternation in the public that is characterized by an extreme sense of vulnerability as well as by the accompanying impulse to stay away from certain attractions and locations. Both have tragic consequences, but security protocols at each are very different and are a function of the known or assumed threat that the particular venue faces. What is the formula? How do we know what the threat is? From where do we get reliable intelligence? Once we have the intel, how do we use it in a proactive manner?

There are no easy answers. Truth is, hardening a venue – making it less attractive to a would-be terrorist – is a dynamic process that requires a combination of robust physical security measures as well as a reliable stream of intelligence, together with analysis that puts the intel into proper context. Armed with this information, the security professional can take proactive measures designed to enhance venue safety and security. Intelligence is the crucial first step from which all other measures flow.

Those traditional threats that hotel security personnel have trained for over decades – intruders, assaults, theft of merchandise or money, organized crime infiltration of casinos and money laundering – are relatively easy to address when compared with the monumental responsibility of preventing a terrorist attack or a mass casualty shooting on premises. It is precisely this asymmetric threat of the “active shooter” or terrorist that needs to be addressed. How is it that a mass shooting can take place at a luxury hotel when one bears in mind the enormous security apparatus on site?

Part of the answer lies in the fact that no location can be made 100% secure. The other key part is the realization that intelligence analysis and asymmetric threat detection on site were not as robust or as developed as they should have been, in the case of the Mandalay Bay. This likely goes for most venues as well, since intelligence and its consequent analysis require specialized personnel and a constant reevaluation or updating of intel requirements and gaps. They also require management that “gets” it and is willing to dedicate funds it.

Some things to bear in mind when devising and implementing asymmetric threat protocols in a venue such as a hotel:

-Trash the notion that your threat is likely going to come from common criminals, money launderers and thieves. It might, but you need to quantify the threat from other elements as well;

-Rid yourself of the mindset that “it won’t happen here”. You don’t know that and the events in Las Vegas (and in Mumbai in 2008) have shown that it CAN happen at your location.

-If you say, “we know what our threat is”, how do you know that? Have you been accumulating accurate, reliable intelligence to justify that assumption?

-Remember that trade associations, unions and sector-specific safety organizations accumulate a wealth of information about trends and incidents that take place at public venues. Make sure to avail yourself of membership and do not rely solely on one organization for all your threat info or intelligence.

-Meet frequently with your local, state and federal law enforcement agencies. They can provide you with updated threat information and trends affecting your business segment. They might also be able to suggest some security enhancements for your property.

-Be proactive. Do not wait for the threat to come to you and then react. Take measures to protect the venue from these uncommon or non-traditional threats. Effective measures can deter attack, as the attackers pass you by and go on to a more vulnerable target.

“Active Shooter” preparedness training is essential for public venue security personnel, but it must be accompanied by updated intelligence. 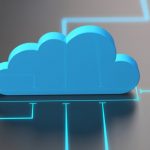 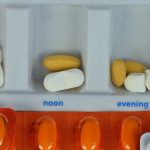