A wildfire is considered any unwanted or unplanned fire burning in forest, shrub, or grass. Wildfires are one of the most destructive natural disasters that exist and occur year-round all over the world. Some of the most common areas susceptible to wildfires are as follows:

Although they can be caused naturally due to lightning strikes, the majority of wildfires – estimated to be around 90 percent – are caused by humans. Examples of these human-caused wildfires include unattended campfires, sparks from vehicles or equipment, or arson.

Changes in climate will likely alter wildfire frequency and severity in the future. Climate models predict longer periods of drought and higher temperatures, which would increase wildfire frequency, especially in semi-arid portions of the globe. Additionally, tropical areas are projected to experience higher rainfall totals due to changes in climate, which would decrease the frequency of wildfires. However, the abundant vegetation growth as a result of increased rainfall could result in more severe wildfires, if they are able to ignite, due to the increased source of fuel. The three major factors that determine the severity of a wildfire include weather, topography, and fuel sources.

Wildfires can have negative health consequences that extend beyond extinguishing the fire. Smoke associated with wildfires is a mixture of gases and fine particles from burning trees, plants, and sometimes building materials, which can pose major health concerns. Such smoke can hurt the eyes, irritate the respiratory system, and may worsen symptoms for people who have pre-existing respiratory conditions – such as respiratory allergies, asthma, or chronic obstructive pulmonary disease (COPD). Smoke from wildfires poses health concerns not only for people in the immediate area, but also those in areas downwind of the wildfire. Learn more about the health effects from wildfire smoke exposure.

Mitigating Wildfire Risk During a Trip

When planning an outdoor trip, develop a safety plan. Be sure you are traveling to a safe environment and are prepared with the equipment to keep the area free of accidental wildfires. Examples of necessary equipment include a bucket of water and a shovel to douse the flames and cover the remaining embers of the campfire to make sure the fire is extinguished completely. Additionally, make sure to have a plan, including an emergency supply kit, in case you are threatened by a wildfire.

Take these steps as part of your wildfire safety plan:

At the first sign of a wildfire or notification of a mandatory evacuation, leave the area immediately using established trails or roadways. Contact fire officials as soon as possible. If an escape route is blocked, go to the nearest lake or stream and stay in the water while the fire passes overhead or is stopped due to the water barrier. Be sure to contact local authorities using a mobile phone or radio to notify them of your current location and situation.

Haylie Mikulak is an Environment Intelligence Analyst at WorldAware, assessing and analyzing meteorological and environmental threats across the globe. Haylie is a graduate of the University of Nebraska-Lincoln, where she graduated with a degree in Meteorology/Climatology and minors in Mathematics and Physics. Haylie recently finished her Master’s degree in Geography at the University of Georgia and will be graduating in December 2019. Prior to beginning at WorldAware, she was serving as both a Graduate Research Assistant and a Graduate Teaching Assistant for upper-level Atmospheric Science courses while completing her degree. During her time at the University of Georgia, her research focused on better understanding the past and present conditions of the Arctic in order to predict more accurately how the region may change in the future. 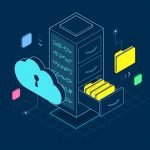 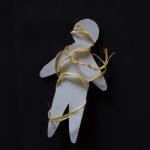