Would You Like Fries And A Political Opinion With That? Regulating Employee Buttons, Pins, And Insignia In The Workplace

Would You Like Fries And A Political Opinion With That? Regulating Employee Buttons, Pins, And Insignia In The Workplace

Burgers and buttons are making headlines again. Employees at Burgerville—a fast-food restaurant chain in the Pacific Northwest—recently took to wearing buttons to work and were sent home for the day. These buttons were not your typical “Hi! My Name Is ______” fare. Instead, 10 Burgerville employees in Oregon showed up to work wearing buttons which read, “Abolish ICE (Immigration Customs Enforcement)” and “No One Is Illegal,” seemingly in protest of the Trump administration’s immigration policies. What do you need to know about this situation and how might it impact your workplace?

After the Burgerville employees refused to remove the buttons, they were sent packing for the day. In a statement responding to the incident, the company cited to its verbal, unwritten policy against “personal buttons,” and subsequently instated a written dress code, banning the politically charged buttons and reiterating its need to protect its public image.

In response to the button incident, the “Burgerville Workers Union” (BVWU)—the first federally recognized fast food union in the United States, and an active one at that—geared up for battle, indicating that it would pursue legal options. Despite the company rescinding the policy the very next day and paying backpay to those employees who were sent home, the union solicited customers to boycott the chain and encouraged its workers to go on strike, picketing three of Burgerville’s locations—which incidentally occurred on National Cheeseburger Day, September 18.

Pinning Down What “Special Circumstances” Justify A Button Ban

Burgerville’s button issue is not the first time that burger-chain employers have faced politically motivated buttons at work. In April 2015, In-N-Out employees in Austin, Texas sported “Fight for Fifteen” buttons on their uniforms, in solidarity with the push for a $15 minimum wage. There, like Burgerville, the employer asked employees to remove the buttons, as they violated In-N-Out’s policy against non-company related pins, buttons, and stickers.

In-N-Out’s button-as-political-protest issue had so much traction that, in May 2017, the National Labor Relations Board (NLRB) weighed in on the issue.

When the agency analyzed In-N-Out’s policy, it rejected the “special circumstances” which authorizes companies to ban union apparel and insignia in order to maintain restaurant consistent image. The NLRB was unconvinced, ruling that any uniform policy forbidding employees from wearing buttons, pins, or stickers on one’s uniform violated Section 8(a)(1) of the National Labor Relations Act (NLRA), which makes it an “unlawful labor practice” to interfere with employees’ exercise of their Section 7 rights (to unionize or collectively bargain) under the NLRA.

The issue of whether an employer can regulate politically charged apparel and insignia has been festering for years, in and out of the fast-food arena, and a sampling of several recent cases reveals that the issue remains a challenge for employers to resolve:

What Can Employers Do?

In determining how you should respond should this issue arise in your workplace, the first thing to know is that, regardless of whether an employer is unionized or not, the NLRA applies to almost all private employers. And given the current divisive political climate, displays of political speech in the workplace are not uncommon and could make an appearance at your worksites. So it’s more important than ever for you to understand the rules governing these kinds of situations.

The NLRB has articulated three limited circumstances under which employers may place limits and prohibitions on the clothing choices of their employees while at work. These circumstances are:

While you can still regulate what goes on in your workplace, the policies you enforce cannot run afoul of Section 7 of the NLRA. Therefore, best practices would include having a uniformly enforced, well-documented dress code or other policy that articulates your image or particular safety concerns, if relevant. Given the presumption of at-will employment in most states, you can terminate your at-will employees for any lawful reason.

You should be mindful that, while political affiliation is not a federally protected class, states like California provide protections for employees against discrimination based on political activity and affiliation. If an employee is wearing a button, it is also critical that you avoid a harsh rebuke, whether suspending employees, sending them home, or terminating them, as such an overreaction could be evidence of illegal bias. If buttons are unavoidable, it may also be helpful to cap insignia at one pin/button a person, a la Starbucks.

While it remains to be seen what will become of the Burgerville button incident, you would be best served to approach any type of insignia with a cautious, pragmatic attitude, and to consult with your labor attorney before proceeding with a new policy or response to a button in the workplace.

Danielle Krauthamer | DKrauthamer@fisherphillips.com (213.330.4472)
Danielle Krauthamer is an associate in the Los Angeles office. In her practice, Danielle advises companies of all sizes in an array of labor and employment matters, including claims of wage and hour violations, retaliation, wrongful termination, and discrimination.

Prior to joining Fisher Phillips, Danielle gained valuable experience as a judicial law clerk for the Honorable Ronald S.W. Lew at the United States District Court for the Central District of California, managing the judge’s docket in one of the busiest districts in the nation. While there, she had significant exposure to civil litigation cases across a wide range of subject matter. 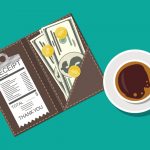 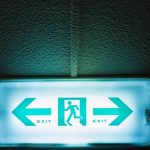