The mass murderer who used the MGM Mandalay Bay as a gunner’s perch to kill 59 people and wound 452 on 1 October 2017 shocked the hotel industry. Cries of, “we’ve never seen hotel violence like this,” and “this was impossible to detect and defend against” echoed throughout. Neither is true. While hotel violence is not pandemic like some fast spreading plague, it’s a common occurrence. It’s a statistical reality. And the consequence of hotel violence is becoming more damaging in terms of casualty rates, insurance wrangling, loss of ROI, brand damage, and lawsuits. But what to do?

Some hoteliers embrace reasonable foreseeability as a mitigation backstop – in other words, “If we don’t perceive or acknowledge a specific threat, we’re not responsible for the fallout.” But times are changing. Threats against hotels have grown and proliferated, and totality of circumstances (aka, “totality of events”) is a real phenomenon – in other words, “there are copious examples of hotel violence, and, therefore, we are on notice.” Hotel attack statistics, which demonstrate totality of circumstances, are critical to mitigate hotel violence via intelligence-driven physical security, well informed liabilities policies, clearly-defined insurance coverage, and safety/security-minded hotel development.

Hotel Violence
The “sky is not falling.” Hotels around the world are not being razed to the ground on a weekly basis. Having said this, hotel violence happens every month, globally. The World Economic Forum’s ͞”Travel and Tourism Competitiveness Report, 2017″ recently asserted, regarding tourism and hotels, that, “geopolitical insecurity is the new normal.” At the same time, STR Global reports that the hotel sector has expanded 17% over the past decade. (“STR: Global hotel inventory has grown 18% in 10 years,” Hotel News Now, 27 March 2018). Combined, these two issues signify increased hotel risk in an uncertain world. More pointedly, hotel attack statistics demonstrate that from 2010-end 2016, there were anywhere between two and 15 hotel attacks every month, globally. These included high, medium, low, and no casualty events.

Who are the belligerents? Statistics tell us that they are terrorists, criminals, political action groups, and people with mental problems. In the US, for example, data says criminals accounted for over half of hotel violence during the 2010-end 2016 timeframe. In contrast, in Asia, terrorists were responsible for most hotel violence, and most of that was Islamist jihadist driven.

Aside from the Mandalay Bay shooting, there have been scores of high-profile hotel attacks in the past few years, including:

At US hotels in the 2010-end 2016-time frame, there have been several terrorist bombings, multiple protest-riots, numerous shootings (including active shooters), and a throng of instances of explosives brought into hotel rooms – shades of Mandalay Bay. A few examples are:

Lawsuits Aside from the human and material costs, hotel violence sometimes results in lawsuits. Below are several examples:

In each lawsuit, the hotels argued that they could not have predicted the specific, violent episode in question was going to happen – reasonable foreseeability – and, therefore, they were not liable. In all but one case, the Taj Mahal, there was no intelligence warning that an attack was forthcoming. Government intelligence had indeed warned of the Mumbai attack, and reportedly, the hotel did little, if anything, to prepare for it, which is one reason the defendants settled the case.

In most other cases, the plaintiffs successfully argued that, in one form or another, the defendants had experienced some type of similar hotel violence in the past – totality of circumstances – and they should have been prepared for it.

The stabbing case in Texas ruled against the hotel for, among other things, its lack of effective crisis response. While not specifically referred to as totality of circumstances, the ruling spoke directly to the hotel’s ill preparedness, which infers it was oblivious to real world hotel violence and how to deal with the consequences.

The Humphries Vs. NY/NY case has caused some lawyers to assert that the hotel industry is facing a shift away from reasonable foreseeability to totality of circumstances.

Craig Drummond, a lawyer in the Humphries case, recently said, “In order to show that a business had knowledge that a future incident would occur, you do not have to show that the exact same incident, like a shooting or a fight, previously occurred. The standard is now that you only need to show a general likeness of prior events that would put the business owner on notice. (“Court ruling could help Las Vegas shooting victims suing MGM,” Las Vegas Review-Journal, 30 April 2018.)

Robert Eglet, a key lawyer in one of the MGM Mandalay Bay lawsuits, echoed this, asserting, “It will be much more difficult for MGM and Mandalay Bay to resolve these cases without going to trial or settling. We can show through the totality of the events at MGM properties around the world that this is something that could happen and was reasonably foreseeable, and they had a duty to provide adequate security and didn’t.͟ (“Court ruling could help Las Vegas shooting victims suing MGM,” Las Vegas Review-Journal, 30 April 2018.)

Hotel attack statistics
Data and case studies on hotel attacks can help hoteliers understand the hotel threat environment – the totality of circumstances – which, in turn, can aid them in developing security, liabilities, insurance, and property development mitigation strategies. For example, if data and case studies reveal that, in the US, the vast majority of hotel violence results from crime, then hotel lawyers and insurers can reduce what might be lopsided reliance on government programs such as the Department of Homeland Security’s SAFETY Act (Support Anti-Terrorism by Fostering Effective Technologies) and TRIPA (the Terrorism Risk Insurance Program Reauthorization Act), and instead develop appropriate physical security tactics, andbuy insurance policies that name criminal violence as specific perils. Similarly, if data trends indicate that terrorism is the impetus behind hotel attacks in Asia, then hoteliers can investigate various countries’ government insurance programs (broadly referred to as Pool Reinsurance, or “Pool RE”) and include them in their mitigation strategies. In another example, bombing trends in Asia – or the rest of the world, for that matter – can help hoteliers undertake appropriate counter terrorism physical security measures where appropriate such as car bomb inspections bays, K-9 inspections, setback, and the like. Overall, data on hotel attacks can help hoteliers become proactive, widen their mitigation options, and energize inhouse decision-making.

Conclusion
Wrapping it all up, while court decisions are never 100% anchored to precedent trends, there is, nonetheless, a pattern demonstrating that hotels cannot consistently depend on reasonable foreseeability as a mitigation strategy for hotel violence. Totality of circumstances has gained traction. And why not? Totality of circumstances helped motivate the US hotel industry in the countrywide offensive against bedbugs that began in earnest in 2016 and is continuing in 2018. Similarly, on 6 September 2018, the American Hotel and Lodging Association held a major conference featuring some of the biggest hotel brands declaring a widespread campaign to protect hotel employees from sexual harassment. Doing the same to mitigate hospitality violence, enabled by hotel attack statistics and case studies, is the next logical – and critical –step.

Jeff Moore is a threat analyst and terrorism expert. He is also CEO of Muir Analytics, which conducts threat assessments for corporations. Dr. Moore earned his PhD in counterinsurgency (COIN) strategies and tactics from the University of Exeter in the UK. Dr. Moore has supported U.S. government intelligence (J-2) and plans/policy (J-5) assets, and he was the on-site manager of a planning cell for the US Army’s Plans and Operations Division (G-3) in the Pentagon. In other roles, Moore was a full-time professor teaching counter terrorism at National Defense University, and he has worked on executive protection details for the likes of Angelina Jolie and VIPs at the London 2012 Olympics. Jeff is author of two books: "Spies for Nimitz," regarding America’s first modern joint intelligence agency and WW II in the Pacific; and "The Thai Way of Counterinsurgency," regarding irregular warfare and terrorism in Thailand. He has written more than 100 articles on defense, security, and the energy sector, and he has given briefs to the Defense Intelligence Agency, the Pentagon, the Overseas Security Advisory Council in Singapore, Thai Special Forces, the Thai National Security Council, London’s International Institute for Strategic Studies, the FBI, and others. In May 2012, at the direct request of the U.S. Army, he served as a COIN subject matter expert at a conference established to help rewrite the Army/Marine Corps COIN manual. Jeff's awards include the U.S. Army’s Distinguished Civilian Service for Bravery medal for his actions on 9-11. 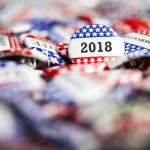 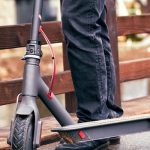