For several months now, it seems that each new day has brought about a fresh round of reporting on yet another high-profile sexual harassment accusation. What started in October with substantiated allegations against movie producer Harvey Weinstein has blossomed into dozens of claims against Hollywood executives, actors, comedians, politicians, media personalities, and corporate executives. The victimized women and men now feel empowered to publicly share their stories, leading to a cascading effect that is not likely to subside anytime soon, and we are all reexamining our current and past workplace conditions with a newfound clarity.

Equally as troubling as the actual allegations of misconduct is the fact that these reports have pulled back the curtain to reveal organizational cultures that have often permitted the systemic and pervasive harassment to continue for years on end. Employers that have stuck their head in the sand about a toxic workplace environment could be forced to answer for their years of neglect both in the courtroom and in the court of public opinion.

The time is now to examine your organizational culture to ensure that you are not only providing a workplace free of harassment, but also a workplace culture that does not embolden your employees from carrying out unprofessional and hurtful behavior. The good news is that this is a fairly straightforward process, and we have boiled it down to a five-step plan that you can implement immediately. The bad news is that members of your organization might find it uncomfortable to address this situation and confront this sort of behavior. It is imperative, however, that human resources representatives, legal counsel, business owners, and managerial personnel take the lead and force your organization to adjust to this new reality without further delay.

Step One: Make Sure Your Policies Match Modern Standards

All too often, employers amend their handbooks to address developing legal and administrative changes (paid leave policies, for example, or shifting organizational structure), but will leave in place some of the tried-and-true policies that have served the company for years without thought of revision. If you haven’t updated your sexual harassment policy in the past several years, you might be behind the curve. Recent court decisions have placed greater responsibility on employers to establish policies that address sexual harassment in a more realistic and thoughtful manner.

At a minimum, your policy should clearly indicate that you have “zero tolerance” for sexual harassment in any form. You should clearly define the term and provide examples of conduct that would run afoul of your standards (including, for example, boorish behavior, off-color jokes, unsolicited hugs or shoulder rubs, sharing pornographic images, etc.) so that there is no confusion.

Your reporting policy should encourage employees to report their concerns about potential harassment immediately. You should also provide several avenues for the employee to provide their report, whether through their immediate manager, a human resources representative, another manager, or even a hotline number or intranet reporting mechanism.

Finally, your policy should clearly guarantee your workforce that they will not face retaliation as a result of their report. Providing this level of safety and security is important if you truly want to foster an open and respectful atmosphere.

Step Two: Disseminate Your Policies In A Thoughtful Way

Your policy is worthless if it sits on a shelf and is never accessed by your employees. You need to ensure that your workforce is aware of your position on sexual harassment if you want the policy to be effective. Most employers distribute the policy as part of the onboarding process and require new employees to sign an acknowledgment of receipt. And that’s a good start – but it’s just a start. You should take additional steps if you want the policy to truly become part of your workplace culture.

At the time of hire, a human resources representatives should take the time to specifically describe your harassment policy and start a conversation about your organization’s zero-tolerance philosophy. That lets the new employee know right out of the gate that you take this issue seriously. If your organization has an intranet, you should consider hosting the policy there permanently so that it can be readily accessed by anyone at any time. You should periodically provide copies of the policy as a standalone document to all of your employees to remind them of their rights and responsibilities. A good way to accomplish this is by having one of your highest level officials – if not the highest level executive – distribute the policy from their email account or via signed memorandum. By setting the tone from the top, your organization will send a signal to everyone that you take the subject matter seriously.

Training your managers on your sexual harassment policy is a critical step. Your organization could be held automatically liable for any proven sexual harassment if carried about by a managerial employee, so all of your hard work in developing and disseminating your policy could be deemed irrelevant if your managers act inappropriately. You need to drill your policies into their minds on at least an annual basis through formal training sessions.

There are a few common mistakes to warn your managers about at these sessions. First, many companies get in trouble when managers ignore inappropriate behavior that they believe is “welcomed” by the victim, or if it appears to be part of a mutual and voluntary interaction. Your managers need to know that victims of harassment will often pretend to “go along” with the behavior for fear of losing their job, or simply because they want to appear to be part of the team, but that they will more than welcome managerial intervention that puts a stop to the conduct. Moreover, the conduct that your managers see out in the open, or hear about through the grapevine, is often just the tip of the iceberg, and it could signal that much worse behavior is taking place outside of your knowledge. For these reasons, your managers should be trained to address any behavior they witness or hear about, no matter if it appears that it is all in good fun and that no harm is occurring.

Second, it is common for some managers to allow extra leeway for certain employees because it is commonly accepted that their behavior is simply a harmless personal idiosyncrasy. Reports about misconduct or inappropriate behavior are met with a chuckle and a statement such as, “Oh, that’s just Harvey being Harvey!” It becomes commonly known around the workspace that you need to operate differently around that employee because they’ve been acting like that forever. “He likes to give hugs but he’s harmless,” or “Just don’t caught in his office one-on-one and you’ll be fine” are common sentiments in these workplaces. This is exactly the kind of attitude that leads to festering situations and that should be eradicated from your workplace. All employees should be held to the same standard, no matter how long their actions have been tolerated in the past.

Once you receive a report of sexual harassment, it’s time to take immediate action. If you delay your investigation until work slows down or until an important project is completed, you will send a signal to your workforce that this isn’t a priority. Moreover, you could face hostile questioning under oath in a subsequent lawsuit about what you were doing that was so important that it trumped the well-being of your workers. Therefore, you should clear the decks and do everything reasonably possible to make the investigation your highest priority.

Your human resources department should take the lead in the investigation, as they are trained to carry out an effective and legally compliant inquiry. There is no cookie-cutter approach to investigations because they are all unique depending on the circumstances, but there are some common threads that accompany a reasonable examination:

Finally, and perhaps most importantly, you need to take action against the accused employee if the allegations against them are substantiated through your investigation. If your workforce figures out that your policy is toothless, they will lose respect for your organization and will feel dissuaded from reporting other misconduct. This could lead to legal trouble, but also to flagging morale and high turnover among your key contributors.

Your goal in meting out a response is to take action sufficient to ensure that the behavior is not reasonably likely to occur again. In some situations involving mild misconduct, it might be sufficient to give a documented verbal warning to the employee along with an acknowledged reminder of your sexual harassment policy. In more severe or reoccurring situations, the only reasonable possible response is termination. In between the two are a whole host of possible options, including written warnings, mandatory professionalism classes, behavioral improvement plans, suspensions, demotions, and the like.

Some employers run into trouble when they inconsistently apply standards to high-performing or high-ranking individuals accused of harassment. When push comes to shove, these organizations value the contributions these employees make to the company’s bottom line more than they value the ideals contained in the sexual harassment policy. There is no better way to hurt morale at your organization and neuter your harassment policies than to give a pass to a key executive accused of misconduct while coming down hard on a mid-level manager or hourly worker accused of similar behavior. On the other hand, your policy’s effectiveness will be given a boost if your workforce sees it applied in an evenhanded manner, no matter who is accused of a violation.

You will soon receive additional guidance about how to prevent sexual harassment in the workplace from the Equal Employment Opportunity Commission (EEOC). In an instance of opportune timing, the Commission recently announced that it will soon release updated guidelines on the subject for the first time in over 20 years. Acting EEOC chair Victoria Lipnic acknowledged that “the update comes up at a time of burgeoning publicity for sexual harassment and assault in the workplace,” though she said the timing of the update was “purely coincidental.”

After several years of drafting and editing, which included incorporating public opinion on key issues, the Commission unanimously approved the new guidelines in early November. The draft guidelines are in the process of being reviewed by the Office of Management and Budget, and, once approved, will be released to the public. Fisher Phillips stands ready to analyze the new guidelines and provide additional recommendations once published, which is expected in the near future.

These are challenging times for employers. You are being asked to reexamine your organizational culture to ensure you are providing a safe and professional working environment for everyone in your service, and it’s not always easy to take an honest look at what has been created. However, going through this exercise will make your organization even stronger. Once you have addressed this situation and put into place an effective mechanism for addressing possible harassment claims, your workforce will be free to accomplish their mission without troubling distractions interfering with their jobs. 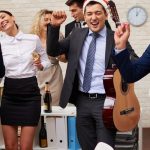 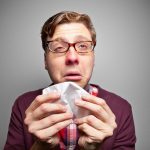