While you can debate all you want about whether 1988’s Die Hard is a Christmas movie (it is – don’t fight us on this point), you can’t disagree with the fact that the movie depicts one of the all-time most memorable office holiday parties in cinematic history. A band of thieves posing as terrorists crash the Christmas Eve party on the 30th floor of Los Angeles’ new Nakatomi Plaza to rob millions in negotiable bearer bonds, only to be thwarted by party guest and New York City cop John McClain (played by a very young Bruce Willis).

Besides being eminently re-watchable, the movie also provides valuable instruction on how to throw a proper office holiday party. The folks at the Nakatomi Corporation did some things right, and did some things wrong, when it comes to hosting annual holiday festivities. If you learn from their example this year, you’ll enjoy the holidays knowing that your office party won’t lead to any human resources disasters or lawsuits.

“Can I Get You Anything? Food? Cake? Some Watered-Down Champagne?”

Any discussion of office holiday parties has to start with a discussion about alcohol – the cause of many an HR headache. The alcohol was certainly flowing at the Nakatomi party: the moment McClain stepped into the office, a roving bartender offered him a glass of mystery punch. While there’s nothing inherently wrong with having alcohol available at a holiday party, there are some established best practices when you throw adult beverages into the mix.

First, let’s look at two of the things that Nakatomi did that you should emulate. Number one: they hired professional bartenders to serve the alcohol, which helps avoid a situation where one of your own employees is serving drinks. Professional bartenders are trained to spot attendees who have had more than their fair share and need to be cut off, and they can also limit your own company’s liability. Number two: the company offered a spread of food to go along with the liquor, which helps slow down the processing of alcohol in the body and can help minimize its undesirable side effects. Plus, even the Scroogiest of people love a good holiday treat: even Hans Gruber, the leader of the gang of criminals, snacks on some of the food during the heist.

But there is a long list of things that Nakatomi could have done to handle its liquor better, so to speak. We have no idea if they offered non-alcoholic alternatives to the guests. In fact, manager Holly Gennaro encourages her very-pregnant assistant Ginny to have some champagne, which is one of the more cringe-worthy moments of the movie. They serve a mystery punch to their guests, which (like spiked eggnog) is never a good idea. If your guests don’t know what they’re drinking or how much alcohol they are consuming, they are more likely to become inebriated. Along those lines, shots are a bad choice nearly 100% of the time.

Another problem: the liquor flows freely with no oversight or limitations. In contrast, you should establish a drink ticket system so that your guests are limited in their alcohol consumption, are less likely to become drunk, and more likely to leave the party with their dignity fully intact. Moreover, you should ask a few managers to forego drinking for the night; they can spot problems before they get out of hand, and hang out near the exit doors to prevent people from driving home if they walk out of the party more lit than the holiday tree.

We never find out if Nakatomi planned to close the bar early before the end of the party (as, alas, their party ended prematurely when Gruber and his boys roll up), but you should shut down access to alcohol about an hour before the end of the festivities to help your guests sober up so that they leave filled with holiday spirit, not alcohol and spirits. You can even hold an awards ceremony, make special announcements, or give away door prizes near the end of the evening to keep people sticking around.

“Mr. Mystery Guest – Are You Still There?”

Guests at the office holiday party are a mixed bag; our job is to let the good ones in and keep the bad ones out. Nakatomi Corporation made one smart move in this regard: they invited spouses and significant others to attend (well, at least one spouse that we know of). Employee’s significant others do some of the babysitting for you, as their attendance will reduce the chances of crude and unprofessional behavior among your workforce. People tend to make more scrupulous choices when they are in the presence of loved ones. Likewise, those loved ones are likely to pressure their counterparts to act right.

At the same time, you should do your best to prevent unwanted gate-crashers from attending. It is doubtful that a band of well-armed European safe-crackers will crash your party, but it is possible that your employees’ friends might decide to stop in for the fun if nobody is guarding the door. That can be a recipe for trouble. Nakatomi stationed a building security guard in the lobby to admit known guests. Likewise, you should have someone make sure that the only people who are enjoying your party are invited guests.

“Welcome To The Party, Pal!”

Attendance at your party should be voluntary, not mandatory. After all, you might have some employees whose religious beliefs prevent them from celebrating holidays. Or you might have recovering alcoholics who would prefer not to be in the presence of liquor. Nakatomi violates this rule by holding the party at the office at the end of a work day (Christmas Eve, no less!), so if you do the same, make sure you let your employees know they don’t have to stick around if they don’t want to.

At the same time, don’t be a Scrooge and make your employees work during the party. At the beginning of the movie, the party is already in full swing, and Gennaro’s assistant Ginny is still hard at work finishing up some paperwork while everyone else is having a good time. Besides being a possible wage and hour problem, this approach will surely kill everyone’s holiday vibe. If you want loyal employees with good morale, don’t make them work late and miss the party.

The whole point of hosting a holiday party is so that you can thank your employees and collectively have a good time with them. And while you don’t want to be a party pooper, you also don’t want the party to be so wild that it later becomes the festive centerpiece of a lawsuit. You should send a communication to all of your employees in advance of the party reminding them to keep it classy, as work rules still apply during the festivities.

This means that you should not tolerate off-color remarks (such as the one referenced in the memorable quote from this section’s subheading), untoward humor, illegal drug use (as demonstrated by the smarmy coworker Harry Ellis in someone else’s office), sexual innuendos or misconduct (such as the amorous couple spending time in the private office), or any other unprofessional behavior. Let your employees know that they are still subject to your regular policies and that violations could lead to disciplinary consequences.

Another solid move by Nakatomi was hiring a private driver for their guests (or at least for McClain). Argyle the limo driver picked McClain up from the airport and was on standby to drive him wherever he needed to go after the party was over. We’re not saying you need to rent a fleet of limousines to chauffeur your guests around, but you should offer rides to all attendees who are departing the party. You can pay for taxis or set up ride-share cars via a corporate account to make payment easy and rest easy knowing that you won’t be held responsible for any injuries or deaths caused by drunk drivers. This extra expense is the best insurance to keep your employees and the general public safe and spare you from costly liability claims.

The most memorable holiday decoration in the film was the plain, grey sweatshirt worn by one of the criminals, which McClain transformed post-mortem into a classic ugly Christmas sweater with a red Sharpie marker. But keen observers of the film will also note that Nakatomi also set up a few tastefully appointed Christmas trees around the office. Should you be worried if you want to set out holiday decorations at your office party?

Although you may be concerned about political correctness run amok, you will be happy to hear that the Equal Employment Opportunity Commission (EEOC) has said that typical Christmas decorations – wreaths, trees, holiday lights, Santa and reindeer, etc. – are secular symbols and do not automatically create a religious discrimination situation in your private workplace. However, the EEOC’s words of caution from its Compliance Manual are worth noting: “As a best practice, all employers may find that sensitivity to the diversity of their workplace promotes positive employee relations.” In other words, take the specific dynamics of your workplace into account before decorating for the holidays.

Regardless of your office dynamics, the cardinal rule of office holiday decorating is no mistletoe. Careful viewers will see that Nakatomi followed this rule: although they might have a legacy of greed around the globe, at least they knew well enough not to hang what amounts to an invitation for a sexual harassment lawsuit in the office. Avoid the mistletoe and avoid the problems it will inevitably create.

“Nice Suit. John Phillips London. I Have Two Myself.”

Certainly every workplace varies in its location on the style spectrum. Some offices embrace a more business casual, John-McClain-like approach with simple slacks and plaid button-ups. Others are more formal and favor black on black and expensive suits (perfectly coordinated with Heckler & Koch HK94 machine guns, which should be unwelcome at your holiday party and every other day at your office).

Regardless of your company’s normal style, you should still maintain some semblance of a dress code, and your employees should stick with outfits that they would normally wear to work. You should communicate to your employees that they should dress appropriately since it is a work-related event. Revealing clothing is for the night club. Bloody, white muscle tanks are for fighting German terrorists. Neither of those styles have a place at the office holiday party.

Maybe you’re thinking that all of this holiday party business sounds more like an obstacle course where you have to outmaneuver employees who are ready to hit you with a lawsuit. If you have an antisocial or poorly behaved workforce, it may be better to show your appreciation in a different way. Holly Gennaro was rewarded for her hard work for the year with a Rolex, for example. Your budget may not contemplate your employees walking out of the office dripping in company-gifted diamonds, but there are alternatives.

Some employees might prefer to take the time that would be otherwise spent at the party as PTO. You could also take the money that you would normally spend on the party and issue bonuses, gift cards, or other treats. Just remember that if you go this nontraditional route, any tangible gifts you offer up should be treated as supplemental wages subject to payroll and income tax. 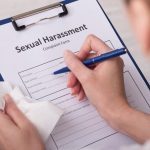 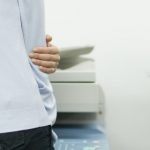