The right to keep and bear arms is protected by the Second Amendment of the US Constitution. Federal law restricts or prohibits certain types of guns,
sets age limits, and prohibits possession of firearms in certain places.

The National Firearms Act (NFA) regulates the following types of weapons: machine guns (any weapon which shoots, is designed to shoot, or can
readily be restored to shoot, automatically more than one shot, without manually reloading, by a single function of the trigger), and certain parts designed for
weapons that allow fully automatic fire; short barreled rifles; modified shotguns; destructive devices such as bombs, grenades, rockets, and missiles; and nonsporting firearms with bores over 1/2″.

The NFA makes it a federal felony for any person other than the registered owner to possess an NFA firearm. To register an NFA item in a person’s name, he or she must pay a transfer tax, submit an application to the Bureau of Alcohol, Tobacco, Firearms, and Explosives (“ATF”) and receive approval before the transfer. ATF maintains a registry of these weapons known as the National Firearms Registration and Transfer Record. Some states impose an outright prohibition on possession of NFA items. Texas allows possession of NFA items as long as they are kept in compliance with federal law.

Due to the Firearm Owner’s Protection Act civilians may only legally own and transfer machine guns registered before May 19, 1986. Machine guns that were
not registered as of that date may only be legally transferred or possessed by the federal government, a State, or a department, agency, or political subdivision
thereof.5

Congress passed the Law Enforcement Officers’ Safety Act (“LEOSA”) in 2004. The Act allows current and retired law enforcement officers to carry concealed handguns nationwide, regardless of state or local laws (with some notable exceptions, discussed below). Whether or not a person is privileged by LEOSA
(and its amendments) to carry a concealed firearm depends on whether or not he or she meets the federal definitions for either a “qualified law enforcement
officer” or a “qualified retired law enforcement officer.” If a person meets the criteria, then “notwithstanding any other provision of the law of any
State or any political subdivision thereof”, he or she may carry a concealed firearm that has been shipped or transported in interstate or foreign commerce. As a
result, an individual who qualifies under LEOSA does not require a state-issued permit for carrying a concealed firearm in any state. Although LEOSA preempts state and local laws, it also carves out two notable exceptions: “the laws of any State that (1) permit private persons or entities to prohibit or restrict the possession of concealed firearms on their property” (including bars, private clubs, amusement parks, etc.), or “(2) prohibit or restrict the possession of firearms on any State or local government property, installation, building, base, or park.”10 Additionally, LEOSA does not override other coexisting federal laws, including the federal Gun-Free School Zone Act (GFSZA), as well as any federal laws and federal agency policies that restrict the carrying of concealed firearms in certain federal buildings and lands, as well as federal regulations prohibiting the carriage of firearms on airplanes. An officer exercising these rights must carry his
or her photo identification and may not be under the influence of alcohol or drugs.

Federal law makes it illegal to take any “dangerous weapon” into a “federal facility,” which means any building or part thereof owned or leased by the federal government, where federal employees are regularly present for the purpose of performing their official duties.12 Dangerous weapon is defined to include guns. Federal law also prohibits or restricts the carrying of guns into post offices, national parks, military bases, and school zones. 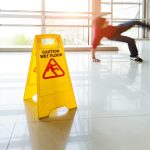 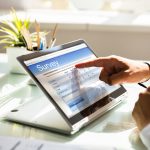