We wrote about the hazards inherent in hotel balconies last week, but that isn’t the only potentially troublesome amenity that hotel owners and operators must review. Hotel swimming pools seem innocuous enough to most guests and hotel staff, but as a deep body of water, they present a drowning hazard nonetheless. Hotel management should consider the variety of guests that use their facilities, including non-swimmers and people under the influence of alcohol.

Last Sunday, a six year-old boy nearly drowned in the swimming pool of a West Palm Beach hotel. The incident followed on the heels of a more lethal event earlier this summer. In June, a twenty seven year-old man drowned in the pool of a hotel in downtown Seattle. His friend went to get help from the front desk, and about fifteen staff members came out to help; only one went in the water, which was so murky that witnesses could not see the bottom of the pool. First responders arrived and began searching for a missing person; however, nearly two hours later, a retired firefighter who was also a guest at the hotel recovered the body from the pool’s murky depths. On top of that, due to confusion among emergency personnel, hotel guests had actually resumed use of the pool before the body was recovered. The swimming pool failed a subsequent health code inspection, adding to a lengthy history of similar failures.

Whether the problem is overconfidence or simple neglect, hotel owners and operators must understand that swimming pool safety measures and frequent maintenance aren’t simply going the extra mile; rather, they help a hotel meet the duty of care obligations it owes to every guest. This Seattle hotel failed to keep the water in its pool clean and clear, and as a result may have missed the opportunity to save this young man’s life. If you are responsible for safety measures in and around a hotel swimming pool, please consider the lessons learned by this incident.

Originally published on Tuesday, September 17, 2013
960 views at time of republishing

Securing Your Next Big Meeting or Conference: 5 Tips on Event & Site Security July 23, 2013
Ban Smoking and Lighters in Planes and Airports: Fire and Jet Fuel? Everyone Knows Better July 30, 2013
Coughing in the Cabin: Commercial Flights, Illness, and Passengers Who Save the Day July 30, 2013 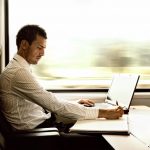 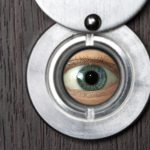